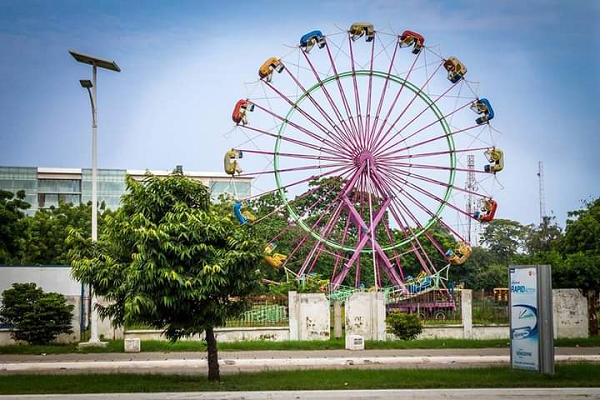 Killing renowned playwright Efua Sutherland all over again is what we are doing as a country by our inability to keep a national asset such as the children’s park in good shape, since it was named after her on March 6, 1996.

The Daily Graphic finds it incomprehensible that such a huge space (14.83 acres of land) in the heart of Accra, which is clearly visible to all, is completely hidden from managers of the facility – the Ministry of Gender, Children and Social Protection (MoGCSP), such that it has been left in ruins. As truly stated by Bahamian evangelist and author, Dr Myles Munroe, “When purpose is not known, abuse is inevitable”.

If it were not so, a huge park which we stand to benefi t a lot from, would not be in desolation and be overgrown with weeds as if we wanted another version of the Achimota Forest. In its heyday after it was established in 1979, the park was the go-to place during holidays and weekends.

It hosted a lot of activities tailored for children as well as the family, and we wonder how we were able to look on for everything in the park, including the swings, train and tracks, merry-go-round and slides, among others, to get to the present state of disrepair. Elsewhere, a park in such a pristine area would not only become a place of fun, rejuvenation, family bonding and for meeting up with friends; it would also rake in revenue for the state from organisers of events and offer employment to a number of people.

It is a shame that MoGCSP has been unable to sustain the vibrancy of the park and has been forced to be warding off people interested in the property that is sitting idle, with the issuance of statements indicating that the park is not for sale and that it is still government property.

If indeed, “The development of the park into a modern facility is a top priority for the ministry. Proposals have been received in this respect and they are currently being reviewed. We, therefore, want to place on record that the Efua Sutherland Children’s Park remains a government property,” as indicated in its latest statement issued in February this year is anything to go by, then we should see something concrete happening by now.

But even before the government partners any private organisation to resuscitate the children’s park, we suggest that it should be remodelled into a family park other than being maintained as a children’s park. That way, sustainability of the park will be assured, as the scope of patrons will be widened. Parents will not become passive guests but will also have a lot to engage in.

For instance, basic outdoor exercising equipment could be fixed at the park for the elderly to keep them healthy, while games such as table tennis and badminton could be played at the park. Special walkways could also be created at the park for those who just want to walk or take a stroll without destroying the greenery.

A park without adequate flora is no park, so a deliberate attempt must be made to grow trees, shrubs and flowers as well as well manicured grass that could be used for family picnics. There must also be garden benches for those who just want to savour nature and take in some fresh air to sit on.

Furthermore, although the park may not be as spacious as is the case in other jurisdictions, an aqua area with a swimming pool, slides and spray features for those who love water sports will defi nitely be an attraction for people all year round.

Public parks are ideal to keeping the people sane, relaxed and healthy, and we must not be oblivious of this. Indeed, the Daily Graphic recommends that all the metropolitan, municipal and district assemblies must have at least one park in their jurisdictions which they will manage in collaboration with organisations they host for the wellbeing of the people in their area.