Directive on gold must hold 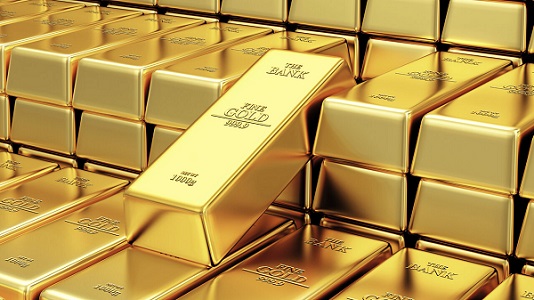 Gold has been an essential component in the financial reserves of nations for centuries, and its appeal is showing no sign of diminishing, with central banks set to be net purchasers of gold once again this year.

The World Gold Council reported that central banks bought a historic high of 374.1 tonnes of gold this year. While this move accounts for only 16 per cent of total gold demand, it offers an inside look into the minds of central bankers.

Indeed, central banks now hold more than 35,000 metric tonnes of the metal, about a fifth of all the gold ever mined.

But what is it about gold that has made it such a key asset for so long?

One of gold’s primary roles for central banks is to diversify their reserves. The banks are responsible for their nations’ currencies, but these currencies are subject to swings in value, depending on the perceived strength or weakness of the underlying economy.

At times of need, banks may be forced to print more money, since interest rates, the traditional lever of monetary control, have been stuck near zero for over a decade.

This increase in money supply may be necessary to stave off economic turmoil, but at the cost of devaluing the currency.

Gold, by contrast, is a finite physical commodity whose supply can’t easily be added to. As such, it is a natural hedge against inflation.

As gold carries no credit or counterpart risks, it serves as a source of trust in a country and in all economic environments, making it one of the most crucial reserve assets worldwide, alongside government bonds.

In alignment with this thinking, the Vice-President, Dr Mahamudu Bawumia, announced last Thursday that the Bank of Ghana (BoG) now had the first right of refusal for the purchase of all gold mined in the country as part of measures to stabilise the Cedi and ensure macroeconomic stability, as reported in our front page lead story of the July 15, 2022 edition.

“Ultimately, once we accumulate enough gold, future borrowing and our currency can be backed by gold. This will stabilise the cedi, long term,” he further explained.

The Daily Graphic believes that the decision is a timely one which, hopefully, will help stabilise the cedi and ultimately the macro economy.

We believe so because gold has an inverse relationship with the US dollar, which is an added element to its appeal. When the dollar dips in value, gold typically rises, enabling central banks to protect their reserves at times of market volatility.

The government’s decision on the gold purchase is very consistent with current practice by central banks all over the world. The profile of the most active central banks has changed, with traditional economic power houses, such as the United States, Germany, France and Italy, no longer buying more gold but instead retaining the substantial holdings they already have.

The US possesses the most gold, with over 8,100 tonnes, which equates to almost 78 per cent of its total foreign reserves.

That’s more than double Germany’s holding of more than 3,300 tonnes, which makes it second on the list and equates to about 74 per cent of its reserves.

More recently, European Union members Poland and Hungary have been making regular additions to their holdings.

The statement issued by Hungary’s central bank at the time of its March purchase said managing “new risks arising from the coronavirus pandemic” played a key role in the bank’s decision, while “the appearance of global spikes in government debts or inflation concerns further increase the importance of gold in national strategy as a safe-haven asset and as a store of value”.

Already, the BoG has taken a cue and so far bought 280 kilogrammes (kg) of the precious metal this year under a historic gold purchase programme meant to double its gold reserves and supplement the traditional ways that the country has built reserves over the years. It now aims to buy more than 17,500kg — about 17.54 tonnes — of the precious metal in the next five years.

The Daily Graphic is satisfied with the BoG’s action because it is not only a critical component of central banking but also another example of good monetary policy implementation.

For now, we will urge all mining firms to abide by the directive and support it to work. Any shortchange by the firms will defeat the otherwise good intention of the directive. Many other countries have done this successfully and Ghana can do same to stabilise its Cedi and boost its macro economy.