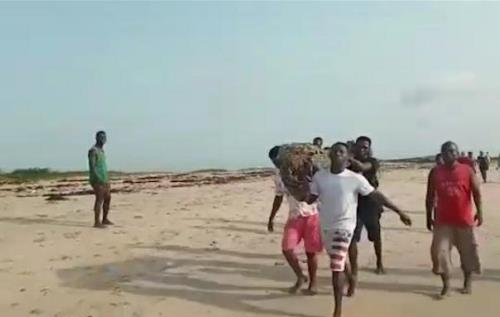 For the people of Apam in the Gomoa West District in the Central Region and, indeed, Ghana, Sunday, March 7, 2021 will always evoke sad memories because it was the day over a dozen youth aged between 14 and 17 years got drowned when they went to the beach to swim.

Reports indicated that over 20 youth, made up of both males and females, were feared drowned, but only 13 bodies had been retrieved and two rescued since news of the incident was received.

Drowning in the sea is not a new phenomenon, especially when the sea is at high tide. However, the Daily Graphic believes what happened in Apam could easily have been avoided.

All reports on the incident indicate that in contravention of the President’s ban on activities at beaches, the youth from Apam and its environs sneaked to their rendezvous and met their death when they encountered high tide.

The Chief Fisherman in Apam and other opinion leaders who spoke with the media after the incident said the youth used an unapproved route that was on the blind side of some elders of the town to outwit them and access the beach.

That was corroborated by the District Police Commander, DSP Moses Osakono, who said the sea in Apam had been inaccessible to the public since the outbreak of the COVID-19 pandemic and so they were shocked to hear news of the drowning.

While we do not intend to remind parents who lost their children in the tragic incident of their loss, we can only bluntly point out that the incident happened due to weak supervision of the children or the lack of it.

Years ago, communal living was so thorough to the extent that one did not discipline only his or her biological child if he or she erred but, indeed, any child in the community who went wayward. The popular adage then was that “one person does not raise a child”.

Unfortunately, we have lost that collective sense of responsibility in our communities and some people are even accosted by biological parents if those people dare to straighten up children who show disrespect to elders.

All these have contributed to children and adolescents especially having a field day so long as their biological parents or guardians are not around.

The fact that most of the reports coming after the drowning incident suggest that the children used an unorthodox route — a path beside a river — to get to the sea indicates that the children were sighted by one or more people or adults, but they may have not been so bothered because we have gradually lost that communal obligation towards children in our communities.

The Daily Graphic is pained that this tragedy has occurred and commiserates with all parents who lost their children.

However, we wonder how a child in our custody would vanish for several minutes without parents detecting that their children were not with them and go to look for them until they had news that they had drowned.

Children will always be children, and when they reach adolescence, it is the time parents and guardians need to pay particular attention to them. When we neglect to do that, we will always bear the consequences of our inaction.

The Apam incident is a clarion call to all parents to be there for their children always and not to renege on their responsibilities. Let’s protect our future by protecting our children.