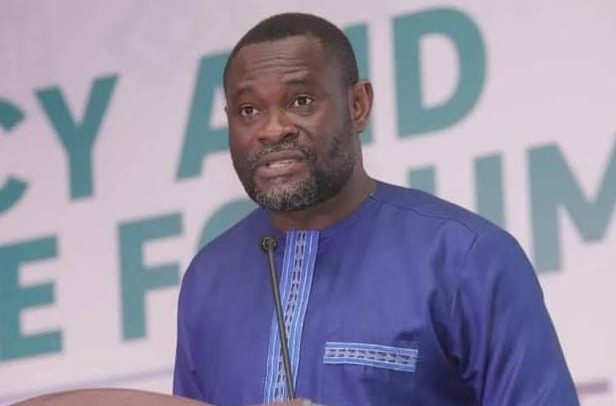 A Deputy Minister of Finance, Dr John Ampontuah Kumah, has said that the government’s Eurobond activities over the years were tailored to clean the mess in the system.

He said Eurobonds have prospectus and through that, government demonstrated to investors what it intended to use the resources for.

Apart from budget support, he said liability management had always been a big part of the Eurobond utilisation plan.

“The government always buy-back expensive bonds from the previous issuances. Maybe, the NDC have to look back to understand the interest that the bonds they issued for which this government has bought-back significant portions were issued at?

“Let me remind them a bit. Indeed, the 2015 bond that even had a partial risk guarantee from the World Bank issued at a coupon of 10.75 per cent is still the most expensive bond ever issued by Ghana.

“Government had to pay more interest because of the high rates at which the bonds were issued including the 2016 bond also issued at 9.25 per cent. This is the legacy of the NDC. This government through its Eurobond activities has tried to clean the mess created by the NDC through the active and passive liability management programme on both domestic and external bonds,” he stated.

Dr Kumah, who is the Member of Parliament for Ejisu, also cautioned that the peddling of false information about the country’s International Capital Market (ICM) activities may have repercussions on its future Eurobond issuances.

He therefore urged Ghanaians, especially the largest opposition party, the National Democratic Congress (NDC) to desist from such act.

In a statement to respond to news making rounds on social media platforms about the country’s Eurobond activities in recent times, Dr Kumah, said the government has raised US$11.25 billion from its four Eurobond issuances and not US$13.5 billion as being circulated.

“This lazy approach to discussions on important matters such as International Capital Market (ICM) activity is disturbing and unwarranted,” he stated.

He said the Eurobond market has been the government’s preferred budget deficit financing option due to the lower interest rates.

“When government considers each year its estimated revenues and expenditures, the gap (deficit) that arises is catered for through debt financing (domestic and external sources). The consideration for any of the deficit financing mix must at all times satisfy the cost-risk balance.

“This means, each year, the government through its Debt Sustainability Analysis (DSA) and the medium term debt strategy, determines which financing mix optimise greater benefit to the country,” he explained.

He said when the government took office in 2017, it focused its financing needs from external sources since it was relatively cheaper to do so at that time.

He said the externally biased financing also allowed the local banks to lend to the private sector, thereby reducing the crowding -out syndrome the government inherited in 2017.

“Again the government borrowed more externally to finance the deficit because the cost of borrowing domestically was extremely high given the interest rates that prevailed at the time.

“When the government was able to bring domestic rates down, it shifted the deficit financing to domestic as was the case in 2021 budget. So, increase in ICM activity is nothing but a financing strategy the government came out with to mitigate cost-risk on the debt portfolio,” he explained.

Dr Kumah also noted that the most critical issue when discussing Eurobonds was the coupon paid each year for each issuance.

“In other words, how much interest is paid each year for each bond issued. Because the repayments of most of the bonds issued by Ghana are bullet payments, one has to focus always on the interest cost to appreciate whether there was value for money.

“If our friends were a bit thorough, they will have seen that government has paid more in coupon for bonds the NDC issued,” he said.

He said by 2008, annual coupon paid to holders of Ghana’s bond was equivalent of GH¢80 million, noting that by 2016 and with only five issuances of a size of US$4.5billion and outstanding stock of US$2.36 billion, Ghana paid to investors equivalent of GH¢1.6 billion as coupon.

“The high interest rate of the bonds accounted for the high coupon government paid at the time. As at 2021, with nine issuances of a cumulative size of US$15.75 billion, and outstanding stock of US$13.35 billion, coupon paid was GH¢5.6 billion of which exchange rate effect was quite high,” he pointed out.