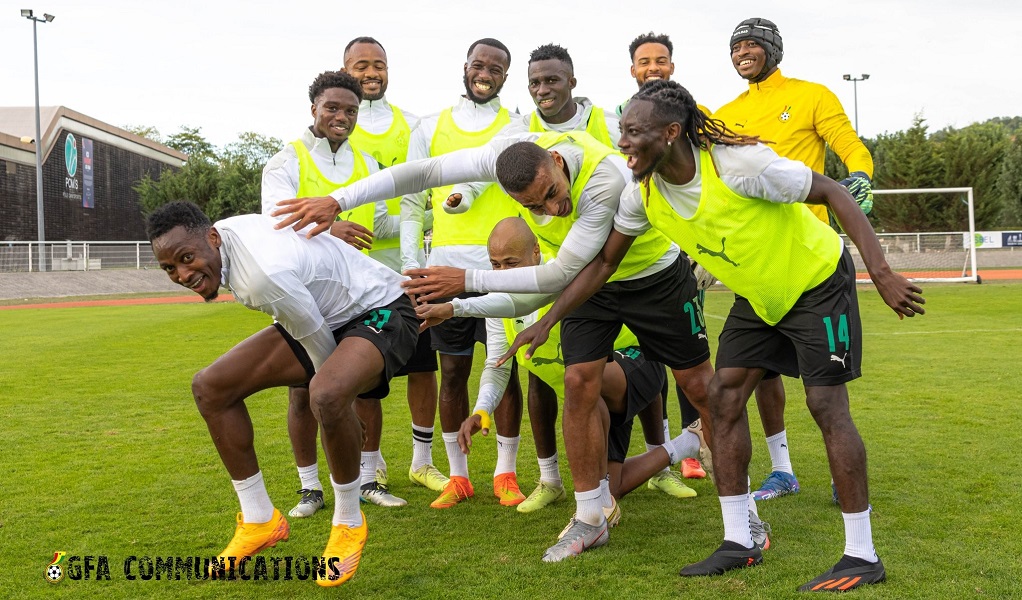 Ghana's Black Stars have pitched camp in the French city of Dauville where they are training at the Stade Lu Commandant Herbert ahead of Friday's pre-World Cup friendly against Brazil at the Stade Océane in Le Havre.

Head coach Otto Addo is supervising the training of his 28-member squad which includes five newcomers -- Inaki Williams, Tariq Lamptey, Mohammed Salisu, and the Germany-born duo of Stephan Ambrosius and Ransford Yeboah-Koningsdorffer -- who could make their international debut against the five-time world champions on Friday.

On Tuesday, Ghana will play another international friendly against Nicaragua in Lorca, Spain.

As has become a tradition in the team's camp new players are made to show their dance skills before their teammates as part of their initiation, aimed at improving bonding among the players.

It was all fun on Wednesday evening after dinner, as the team's new members were taken through their initiation ceremony.

Watch how players such as Salisu, Williams, Lamptey and others displayed their dance skills to the delight of their teammates and officials.