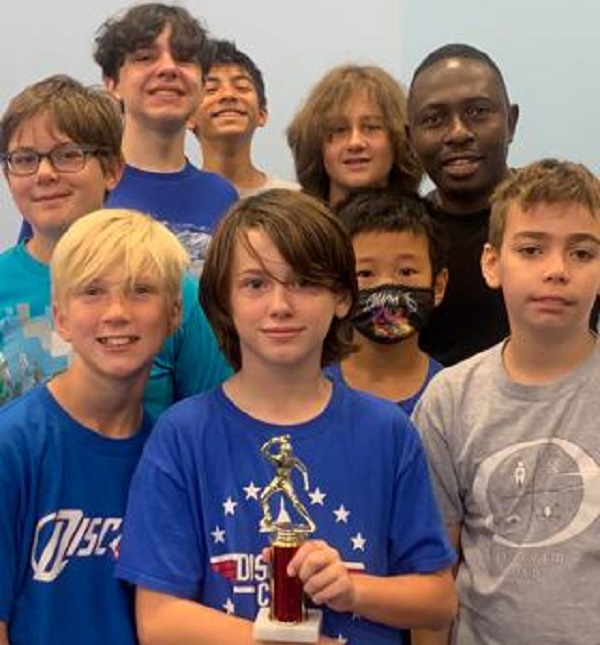 Courage Nanevie (arrowed) with some of the kids he mentioned at the camp
30.5k Shares

National table tennis star, Courage Nanevie, was one of the trainers at this year's summer camp called the Discover Camp in Hawthorne, New York.

The training attracted young players who are interested in ping-pong as they were taken through various drills before being taught how to play the game.

In an interview with the Daily Graphic, Nanevie described the session as fun, though intensive, to arm the trainees with the basic skills of the game to build upon.

"It was an intensive training and fun session including exercise, mind game strategy, footwork and eye paddle body coordination," he said.

Discover Camp is a programme created in Westchester to give children between the ages of five and 15 the opportunity to explore their interests in various fields, including sports and have the opportunity to mentor some of the trainers.

Nanevie said it was a great opportunity to mentor others and impart to them what he had acquired over the years with the support of the Westchester Table Tennis Centre.

While thanking the Westchester Centre, he said if Ghana could take advantage and organise a similar camping, it would go a long way to help unearth talents, not only for sports but in other fields for future development.

Meanwhile, Team Courage, a table tennis team that was formed recently by Nanevie, emerged champions in a recent competition held in Accra by beating some established teams from the Navy, the Army among others.

According to him, he was surprised at the performance of the kids, indicating that with little support, the game could achieve so much for the country.

He called on the Ghana Table Tennis Association (GTTA) to invest in the sport, which is the only way to revive it and make it more attractive to young players.