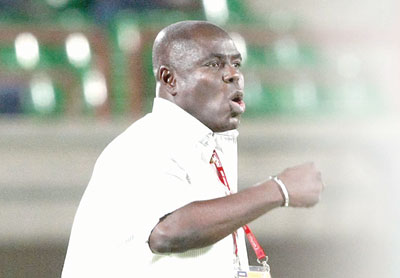 Ghana’s Black Satellites look set for the FIFA Under-20 Championship in Turkey after wrapping up their preparation for the tournament with a 4-3 loss on penalties to a 10-man Brazil side in the final of the four-nation Valais Youth Cup in Switzerland last Saturday night.

The Black Satellites rallied to score a late equaliser in the 94th minute through striker Ebenezer Assifuah to tie the match 1-1 at the end of regulation time.

Vinicius Araujo had scored to give the Brazilians a 25th minute lead.

It was sweet revenge for the South Americans who lost by the same margin to Ghana at the 2009 FIFA U-20 World Cup in Egypt.

Ghana coach, Sellas Tetteh, made two changes to his starting line-up which beat Kosovo 5-4 on penalties in the semi-final clash.

The match, played at the Sports Complex Bout du Lac Bouveret, served as Ghana's final test match before leaving for the FIFA U-20 World Cup finals.

The Satellites are expected in Istanbul today, three days before their Group B opener against