We are not discouraged by police brute force - Arise-Ghana 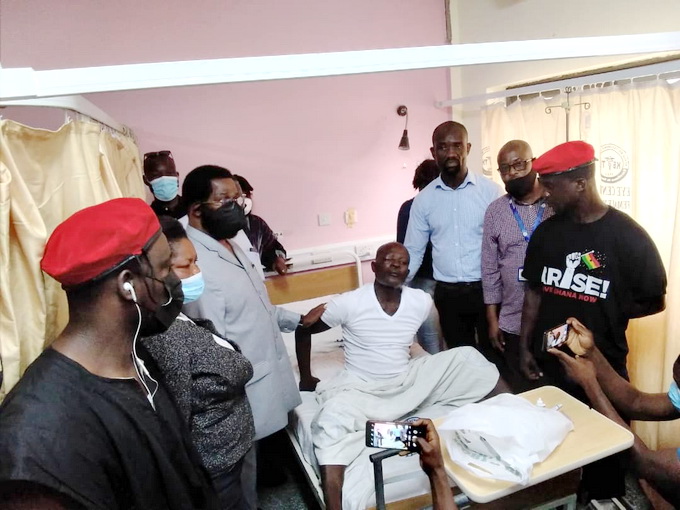 A leading member of Arise-Ghana, a newly formed nationalist group, Bernard Mornah says the spirit of its members cannot be dampened by the brute force used on them by the police in their demonstration on Tuesday.

He said the group will continue to demand accountability, good governance and transparency from the government, all aimed at improving the living conditions of the ordinary Ghanaian.

Bernard Mornah said it was worrying that the police will be used to injure Ghanaians going on a peaceful demonstration to demand good governance.

He made the remarks when the leading members of the group visited some of their members who got injured during their Tuesday and Wednesday's demonstrations in Accra. 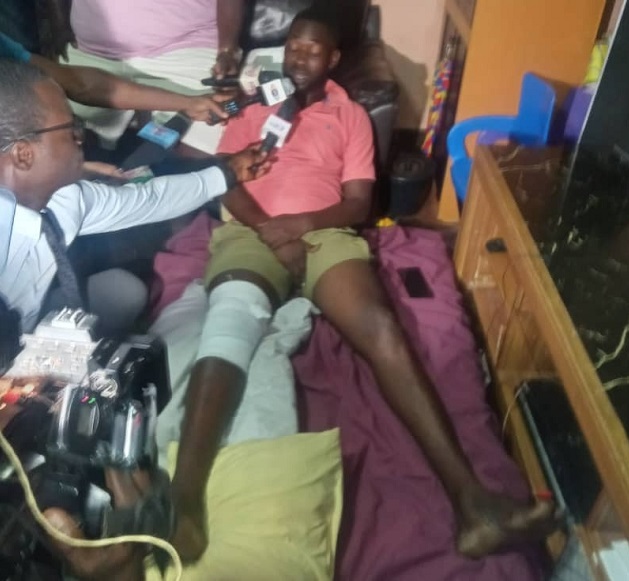 Background
Twelve police officers and dozens of protestors were injured on the first day of the protests [June 28, 2022] after the protestors and the police clashed over the routes to be used for the protest march, resulting in the trading of stones, teargas and hot water.

Twenty-nine demonstrators were also arrested for alleged violent attacks on the Police and the public as well as destroying public property.

Arise-Ghana stated the two-day demonstration in Accra was to protest fuel price hikes, tax on electronic transactions and worsening economic conditions in the country.

Cost
Mr. Monah said the group will bear all the medical bills of their injured members, calling on the public to support the victims in any way they can.

He said so far the group had secured bail for all the 29 people who were arrested by the police during the demonstration, adding that one of those arrested was granted bail by the police yesterday due to ill health.

The Executive Director of ASEPA, Mensah Thompson, who is also a leading member of the group, said all the members of the group who are receiving medical treatment will not be abandoned.

He said Arise-Ghana will continue to monitor their health condition until they are all fully recovered.

Mornah commended the management of the hospital for granting the group access to see their injured members.

According to him, many of their members sustained different forms of injuries- from head injuries to hand, eye and bodily abrasions.

"We are really traumatised by the level of injuries our colleagues have suffered," Mr. Thompson said.

Scores injured
The National Communications Officer of the opposition National Democratic Congress (NDC), Sammy Gyamfi, said the group was still collating the numbers of those that got injured.

He said the number of injured victims the police had published was not a true reflection of injury situation.

He said the group was unable to visit all the injured victims today due to the hectic traffic situation in town, explaining that the group will continue its visitation tomorrow, July 1, 2022.

Visits
The group first visited Nii Ayi Mensah who suffered an eye injury and currently on admission at the Korle-Bu Eye Clinic, before visiting Robert Laryea at Accra New Town.