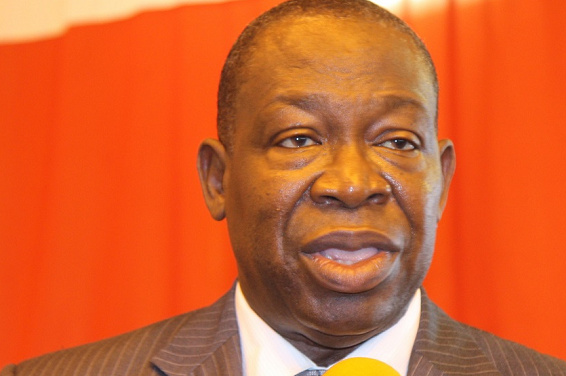 The third petition witness in the 2020 Election Petition, Mr Robert Joseph Mettle-Nunoo, is expected to go through a tough grilling time today when he is cross-examined by respondents’ counsel when the Supreme Court resumes the hearing of the petition today.

Mr Mettle-Nunoo was named as the third petition witness by the petitioner, the flag bearer of the National Democratic Congress (NDC) in the 2020 elections, Mr John Dramani Mahama, as he (Mettle-Nunoo) was one of the representatives of the NDC in the Electoral Commission’s (EC) ‘strong room’ during the collation of the results after the polls.

Last Friday, counsel for the respondents, the Electoral Commission (first) and President Nana Addo-Dankwa Akufo-Addo (second), raised objections to 23 of the 32 paragraphs of the witness statement filed by Mr Mettle-Nunoo, asking the court to strike them out.

However, the court, after submissions from counsel from both sides, struck out only five of the 23 paragraphs objected to.

So today, when counsel for the respondents, Mr Justin Amenuvor for the EC and Mr Akoto Ampaw for President Akufo-Addo, take their turn to cross-examine the third petition witness, they would want to justify their objection and state their claim that the statement was not born out of the pleadings of the petitioner.

Also, they would try to establish why, in their opinion, some of the paragraphs they had objected to were an attempt by the petitioner to correct some of the problems that arose out of Dr Michael Kpessa-Whyte's cross-examination.

You did not take your training seriously, you did not help petitioner - Supreme Court to Kpessa Whyte [VIDEO]

Last Friday, counsel for the respondents were to cross-examine the third petition witness who, due to health reasons, had joined the court via video conferencing from his residence.

However, President Akufo-Addo’s counsel, Mr Akoto Ampaw, raised a concern as to whether there was a judicial officer at the witness's residence.

With no objection from the lead counsel for the petitioner, Mr Tsatsu Tsikata, the  court, subsequently, sent the Registrar of the Supreme Court, Mr Matthew Antiaye, to Mr Mettle-Nunoo’s residence for proceedings to go on.

When that was done, Mr Akoto Ampaw then raised his objections.

Counsel for the EC, Mr Amenuvor, associated himself with the objections raised by the President’s counsel.

Mr Tsatsu Tsikata, who opposed the objection raised by the respondents’ counsel, argued that there was no basis for striking out any of the paragraphs in the witness statement.

He said some of the issues that Mr Mettle-Nunoo had testified to were issues that had already been raised by counsel during the cross-examination of  the two petitioner’s witnesses, the General Secretary of the NDC, Mr Johnson Asiedu Nketia, and Dr Kpessa-Whyte.

He further argued that the issues in Mr Mettle-Nunoo’s statement were all part of the issues that led to the ultimate declaration of the election results and were, therefore, relevant.

After the two parties had made their submissions, the Supreme Court gave its ruling, with the seven-member panel unanimously striking out five of the 23 paragraphs objected to.

The Chief Justice, Justice Kwasi Anin Yeboah, who is the President of the panel, reading the ruling, held that the five paragraphs were not born out of the pleadings or the evidence as required by the rules of court.

“We are of the opinion that paragraphs 4, 5, 6, 7 and 18 ought to be struck out, as they have no foundations in the pleadings or supported by the evidence, and the same is hereby struck out

“The remaining paragraphs in the witness statements are maintained. The petition is hereby adjourned to Monday, February 8 for cross-examination of Mr Mettle-Nunoo,” he read.

In his 32 paragraph-witness statement chronicling some of the major events that occurred in the ‘strong room’, Mr Mettle-Nunoo, among other things, categorically stated that Mrs Jean Mensa, who doubles as the sole returning officer of the presidential election, “did not perform the duties she was supposed to perform in order to be able to declare a winner of the election as she attempted to do”.

In the petition, former President Mahama argues that no candidate won the 2020 presidential election and, therefore, the declaration of President Akufo-Addo as winner of the election by the Chairperson of the EC was “null, void, unconstitutional and of no legal effect”.

The petitioner is, therefore, asking the Supreme Court to order the EC to organise a second election (run-off) between him (Mahama) and President Akufo-Addo because in his (Mahama’s) estimation, no candidate won the 2020 presidential election.