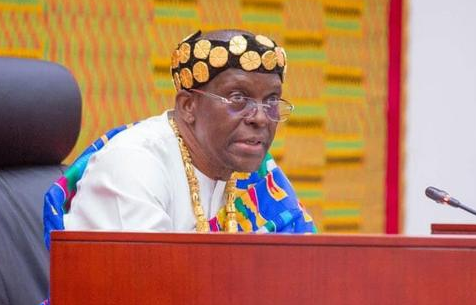 The House is expected to reconvene in the third week of October, 2022 barring any unforeseen circumstances.

When it reconvenes, it will be for the budget meetings, as well as continue sittings for the remainder of the second meeting of the Eighth Parliament.

The adjournment of the House was to allow Members of Parliament (MPs) to touch base with their constituents.

Business of the House During the almost 12 weeks meeting, the House approved a number of loans and agreements, and key among them was the $750million loan agreement between the Government of Ghana and the African Export-Import Bank (Afreximbank) to fi nance Capital and Growth-related expenditures in the 2022 budget.

The House also passed five Bills out of the 12.

The Minister of Finance also presented the Mid-Year budget to the House during the second meeting.

The Privileges Committee, as well, presented their report on the alleged breach of Article 97 (1) (c) of the Constitution and Order 16 (1) of the Standing Orders of Parliament by the three Members of Parliament (MPs). The three are the New Patriotic Party (NPP) MP for Dome Kwabenya, Sarah Adwoa Safo; NPP MP for Assin Central, Kennedy Ohene Agyapong and NPP MP for Ayawaso Central, Henry Quartey.

The House could not take a decision on Ms Safo and the Speaker of Parliament, Mr Alban Sumana Kingsford Bagbin, after listening to comments by the Minority Leader, Haruna Iddrisu and Majority Leader, Osei Kyei-Mensah-Bonsu on the issue, said he would present his written statement to Parliament on the fate of Ms Safo when the House returned from recess.

The House recorded 38 sittings and had questions numbering 248 asked of Ministers of State, some of which were of national importance and others were constituency specifi c, while 28 committee reports were also presented.

In his closing remarks, Mr Bagbin reminded the MPs that the House was going on recess and not on vacation. “We are receding to perform our duties in our constituencies” he said.

Mr Bagbin observed that when MPs were elected for four years they did not go on leave but went back to their constituencies to work, while the House was on recess.

The Speaker of Parliament said the House has therefore proposed, as part of the new Standing Orders of Parliament, for MPs to have a leave period to go and rest.

He stated that MPs also deserved some rest and the proposal that was being made on that was on health grounds.

He cited himself as an example forhaving worked for 13 years without rest, adding: “so you also have to have some good rest so that you don’t go through the same stress”.

“As we recede, committees will still be sitting and you heard the Majority Leader drawing your attention to some pertinent issues. Some committees would have to sit toconsider issues referred to them and the Parliamentary Service is available to provide support and facilitate the work of committees”, Mr Bagbin stated.

The Majority Leader, Osei KyeiMensah-Bonsu, in his concluding remarks commended his colleagues for the good work done throughout the sittings.

He called on the Appointment Committee of Parliament, in the course of the recess, to fi nd space to do what was necessary to vet the four persons appointed to the Supreme Court.

The Minority Leader, Haruna Iddrisu, thanked the Speaker, the leadership and his colleague MPs for the good work done during the period, and wished them safe journey to their respective constituencies.

He said it was time for Parliament to work together to help fi nd solutions to the current economic situation of the country and bring relief to the people.

He gave the assurance that Parliament would continue to work to protect the public purse with the passage of the Ta Eexemptions Bill.