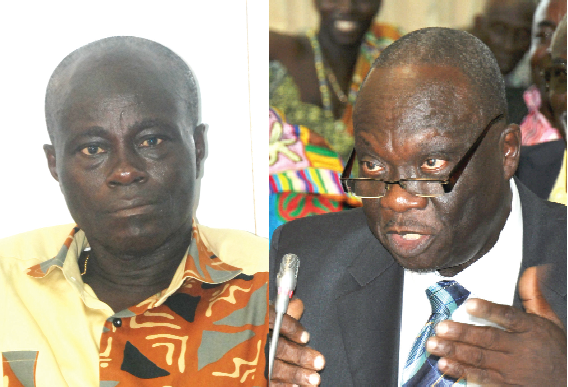 In addition to Greater Accra, the Central Region is one of the most sought-after electoral prizes for the Jubilee House due to its inconsistent voting pattern.

The region, seen by many as a key unpredictable die due to its unclear party loyalty, has historically swung between the country’s two major political parties, the New Patriotic Party (NPP) and the National Democratic Congress (NDC).

Analysts say the region again holds one of the golden keys to who wins this year’s presidential poll, as it had done in the past.

They cite its diverse voter population coming from the number of educational institutions located there as a factor that underlies its unyielding stance.

Discounting results from the 1992 elections because the NPP largely relinquished the parliamentary polls, the party won the region with 49.7 per cent in the 2000 presidential election, won it again in 2004 with 58.8 per cent and sealed it with 53.2 per cent in 2016 to claim victory in those elections.

The party also clinched victory in the 2012 polls by winning the region with 52.1 per cent.

“The Central Region has the same characteristics of middle-class workers like Accra who analyse and evaluate issues before voting,” a Senior Research Fellow and Head of Advocacy and Institutional Relations of the Institute of Democratic Governance (IDEG), Mr Kwesi Jonah, told the Daily Graphic.

The middle-class phenomenon explains why the Central Region is slightly less competitive than Greater Accra and yet has a larger share of its constituencies classified as swing.

Interestingly, the region has a smaller voter population, compared to Greater Accra or Ashanti, but due to its role as a swing region, it ends up having a big stake in the final outcome of elections.

Out of the 23 constituencies in the region, the NPP currently occupies 19 seats and will seek to maintain them and stake a claim to some of the NDC-held constituencies.

The NDC, on the other hand, occupies four — KEEA, Cape Coast South, Ajumako-Enyan-Essiam and Agona East — and will seek to reclaim some of its lost seats.

Constituencies such as Ajumako-Enyan-Essiam, Agona East and Cape Coast South also tilt towards the NDC in most contests.

The NDC may need to win all these 11 swing constituencies, in addition to the four they currently hold, to bolster its chances for the Jubilee House.

The NPP will also have to maintain the 19 they currently hold and maybe claim some of the NDC’s seats to sustain its re-election bid.

This means that the Central Region has 60 per cent of its constituencies as swing, making it a key battleground for the two parties, going into the 2020 elections which takes place about a month from now.

Surely, both parties will seek to improve on these figures in the 2020 elections.

It is, however, unclear if the NDC’s choice of Professor Naana Jane Opoku-Agyemang, who is a native of the region, will do any trick for the party in the elections.

While the NPP is optimistic about retaining its seats and capturing the four other orphan seats, the NDC says it is taking back all the seats it lost.

The NPP’s Central Regional Secretary, Mr Richard Takyi Mensah, told the Daily Graphic’s Shirley Asiedu-Addo in Cape Coast yesterday that with all that had been picked from the ground and the party's fulfilled promises in the region, the feat was certainly achievable.

He said the party was also targeting 60 per cent of the popular votes in the presidential election.

“We have kept faith with the people and we are certain we are going to win massively in the region," he said.

He said although Central was a swing region, winning 19 seats spoke volumes about the people's faith in the NPP.

He said the massive infrastructure developments, such as schools, hospitals, bridges, roads and factories scattered across the coastal areas to the northern and the eastern zones of the region were evidence of the great job the NPP had done.

"We have been truthful to the people of the Central Region and we are sure the victory will be massive,” Mr Mensah said.

However, the Regional Secretary of the NDC, Mr Kwadwo Kwansah, in an interview, said in the last four years the NPP had demonstrated to the region that it could not do much in terms of governance.

He said all major infrastructural projects in the region, including the Cape Coast Stadium and the Kotokuraba Market, were undertaken by the NDC.

He said the party was certain to recapture all the seats it lost in 2016 and move on to win others held by the NPP.

He noted that the choice of a running mate from the region was also a step in the right direction and gave the people an assurance of what the party had in store for the region.

"The ground is good for us. The NDC expects to sweep the Central Region. The people of the region are not deceived. Our work over the years will speak for us," he said.