Domelevo to Audit Service Board: Your request for a handing-over note is preposterous… 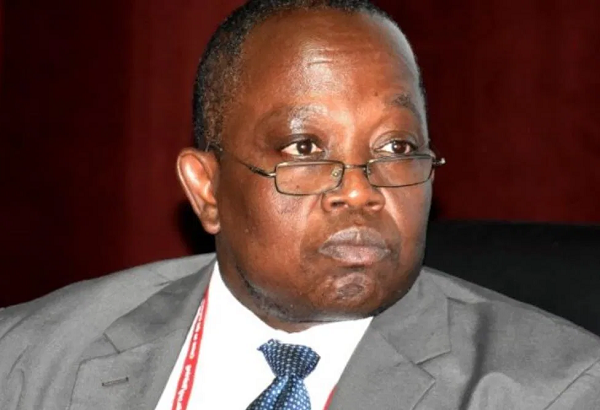 Retiring Auditor-General, Mr. Daniel Yaw Domelevo has described as preposterous (to him), a request by the Audit Service Board for him to prepare a comprehensive handing over of the Service.

He also faults a request for him to hand over to the Ag. Auditor-General, Mr. Johnson Akuamoah Asiedu, (Deputy Auditor-General in charge of Commercial Audits Department), saying while he handed over to Akuamoah Asiedu before proceeding on his forced leave at short notice last year, upon his return this year after over eight months, he was served with orders to proceed on retirement even before Akuamoah Asiedu could hand over back to him.

“Your request for a handing-over note is preposterous to me because I have been out of office for more than eight (8)months…” he responded among many other explanations, concluding that “All the above notwithstanding, if you so wish, please direct the Acting Auditor-General to hand over to me and I will thereafter handover to him.”

You retired in June 2020 - Presidency to Domelevo

A letter signed by the Chairman of the Audit Service Board, Edward Dua Agyeman, dated March 16, asked Mr. Domelevo to complete the handing over notes and hand same over within two weeks, “Counting on your cooperation.”

However, Mr. Domelevo, who disagreed with the demand responded in detail thus;

(1) Paragraph 2 of the letter from the Office of the President dated 29th June 2020 requested that I "hand over all matters relating to the Office of the Auditor-General to Mr. Johnson Akuamuah Asiedu" who has been in charge since 1st July 2020;

(2) The letter from the Secretary to the President referred to in (1) above, delivered to me after 4pm on June 29, 2020 requested that I started the leave on 1st of July 2020 contrary to Section 27 of the Labour Act. The Section provides that at least 30 days notice shall be given to the worker prior to the commencement of the leave.

(3) The short and unlawful notice from the Presidency notwithstanding, I prepared a handing-over note and handed over to the Acting Auditor-General on 30th June 2020 and he has been in charge for over 8 months;

(4) When I resumed work on the 3rd of March 2021, Mr. Johnson Akuamoah Asiedu did not hand over to me with the excuse that the handing-over note was not ready; and

(5) After 9pm of the 3rd March 2021 (the day I resumed work), I received a letter from the Secretary to the President requesting that I proceed on retirement.

All the above notwithstanding, if you so wish, please direct the Acting Auditor-General to hand over to me and I will thereafter handover to him.