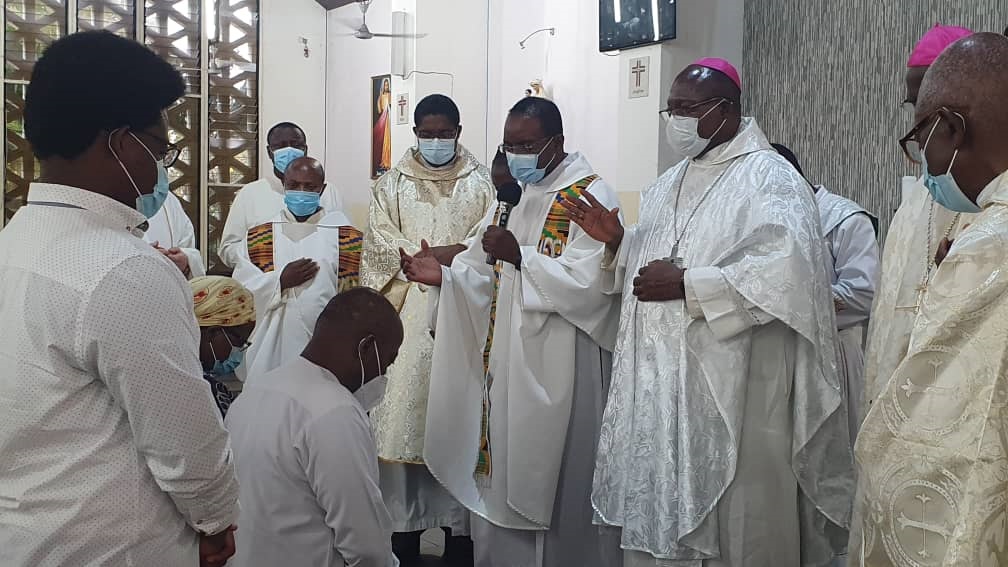 The Bishop of the Keta-Akatsi Diocese of the Catholic Church, Bishop Gabriel Edoe Kumordji has commended the immediate past Auditor-General, Mr Daniel Yaw Domelevo for what he said was the sincerity with which he served while in office.

"Mr Domelevo has demonstrated to the world that there are committed, good and sincere people still around," Bishop Kumordji said.

Representatives of Civil Society Organisations such as the Ghana Center for Democratic Development (CDD-Ghana), Citizens Movement Against Corruption, Economic Fighters League as well as some former Ministers of State, Catholic bishops, some directors of the Audit Service attended the ceremony at Christ the King Parish in Accra.

There were songs of praises and an elated Mr Domelevo sang and danced to the music.

Bishop Kumordzi expressed worry that poverty continue to thrive owing to the inability of people to apply the values they have learnt in the home and at church in their work.

Mr Domelevo in his remarks thanked former President John Dramani Mahama for appointing him as Auditor-General.

He also eulogised President Nana Addo Dankwa Akufo-Addo for the support he gave him while in office.

"When I was appointed in 2016 and I was confused as to whether to accept or reject the offer, Nana Akufo-Addo as the President-elect at the time called me through Mr Matthew Opoku-Prempeh and encouraged me to go for the job," Mr Domelevo said.