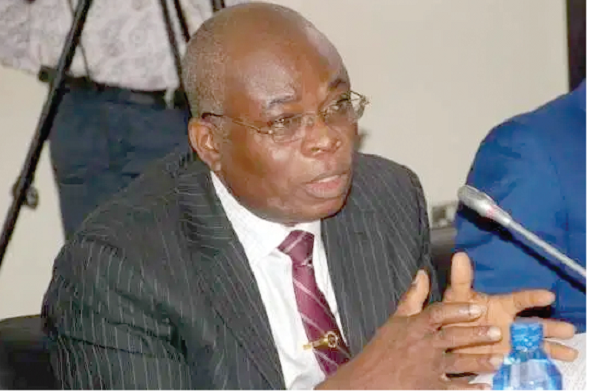 The Minority in Parliament has served notice to rely on the Chairman of the Public Account Committee (PAC) to write officially to the Auditor-General (A-G) to audit the account of the First Lady, Mrs Rebecca Akufo-Addo.

This follows the decision of the First Lady to refund the GH¢899,000 allowances she has received from the state since 2017.

Yesterday, the Office of the President released a press statement that it had received a cheque covering the amount from Mrs Akufo-Addo.

Addressing the press in Parliament yesterday, the Minority explained that an audit by the A-G would help to determine whether the money the First Lady was using to refund the allowance she was paid, was indeed her own resources, or funds she took from her foundation which was funded by state agencies such as Ghana National Petroleum Corporation (GNPC) and GCB.

“We welcome the decision by the First Lady to refund the allowances paid to her since January 2017, but we need to ascertain whether that is the money she actually received and whether interest has accrued on the money and she has to refund same,” it said.

The Deputy Minority Leader, Mr James Klutse Avedzi,who addressed the media, said “If the First Lady is not interested to receive allowances, then all state sponsorship for her non-profit organisation should also be refunded since she is not personally interested in that.

“As Chairman of the Public Account Committee (PAC), we are serving notice that we will write officially to the Auditor General to go into auditing the account of the First Lady as well as the Second Lady,” he said.

Mrs Akufo-Addo reportedly returned to the state an amount of GH¢899,097.84 being the full refund of allowances paid her since  January 7, 2017.

She issued a Consolidated Bank Ghana Limited cheque with number 000002 for the amount.

The refund follows her rejection of proposed allocated salaries approved by Parliament, which has since generated controversy and engendered public debates over the propriety to consider salaries and other emoluments for presidential spouses in consonance with Article 71 office holders.

Interest must be paid

Reacting to the development, Mr Avedzi acknowledged that the decision by the First Lady to  refund the GH¢899,000 she received from the state should come with some interest that the money would have accrued.

“So we are calling on the A-G to go into the accounts of the First Lady to ascertain that the money she actually refunded was the money she received and also compute the interest that would have accrued, if that money had been put to interest-bearing account.

“The A-G must also ascertain whether there is sufficient money in the account so that the cheque she has issued will not bounce,” he said.

First Lady can’t be under Article 71

He asserted that if former First Ladies were legally paid allowances, there was nothing wrong for the current First Lady and Second Lady to also receive allowances from the state.

“But when you put the First Lady under Article 71, it is an infringement on the Constitution and that is the point we are raising because there is nowhere in Article 71 that the spouses of the President had been stated to be part of public office holders

“She can continue to receive allowance but once we are not equating you to a Cabinet minister it is wrong,” he said.

In a reaction, the New Patriotic Party MP for Nhyiaeso, Mr Stephen Amoah, welcomed the call by the Minority for the A-G to audit the account of the First and Second ladies.

He, however, called for such auditing to be extended to all former First Ladies, especially the wife of former President John Mahama, Mrs Lordina Mahama, who started taking “huge salaries from 2012” and her foundation also received funds from the state.