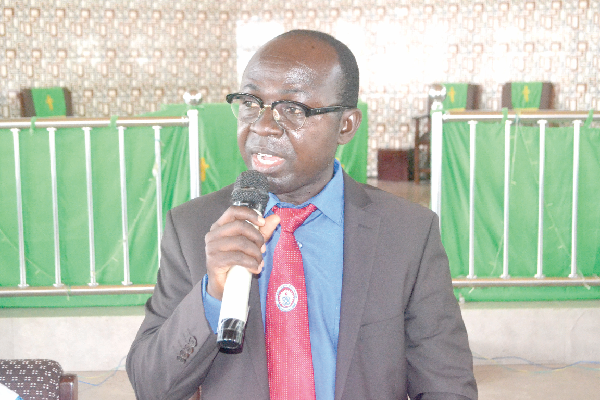 According to him, Mr Quarm, the first DCE of the district since its creation in 2018, has performed creditably and, therefore, deserves another mandate to champion the development of the area.

Obirifo Ankobea made the call in an interview with journalists last Saturday.

“The culture of changing DCEs and Members of Parliament (MPs) at the least chance is a contributory factor to the slow pace of growth and development across the country and must, therefore, not be encouraged,” he said.

The President is expected to appoint persons as chief executives for Metropolitan, Municipal and District Assemblies (MMDAs) after the expiration of the positions of the current MMDCEs.

There is uneasy calm among some incumbent MMDCEs as they are uncertain if their mandate will be renewed by the President for another four-year term.

While some NPP members, chiefs and other opinion leaders have called for the re-appointment of some incumbent MMDCEs, others have also called on the President not to re-appoint some chief executives apparently for non-performance.

Obirifo Ankobea stated that Mr Quarm, within two years of his tenure, with support from the chiefs, had executed numerous projects in the areas of education, health and sanitation, road construction, among other projects.

He added that under Mr Quarm’s leadership, solar-powered mechanised boreholes had been constructed for communities such as Kofi Ahor, Dominase, Toboasi and Kakraba in a bid to provide potable water to residents in hard-to-reach areas.

He said the current DCE put in place the required strategy that had enabled the assembly to generate enough revenue locally to fund some of its expenses without relying on the District Assemblies Common Fund (DACF).

“Impressively, the Gomoa East Assembly, as of June 2021, had been able to collect a total of GH¢1,112,000.00 as Internally Generated Fund (IGF) which had placed the district above its comperparts in the region,” Obirifo Ankobea II said.

He added that the assembly had been able to decongest the Buduburam stretch of the Accra-Cape Coast highway to address the age-old traffic situation in the area to ease transportation on that stretch of the road.

For his part, the Omankrado of Gomoa Akyempim Traditional Council, Nana Kwao Addo-Frakye V, said it would be in the interest of the area that the President retained Mr Quarm to enable him to continue his development agenda for the area.