Youth clash with military at Patrensa 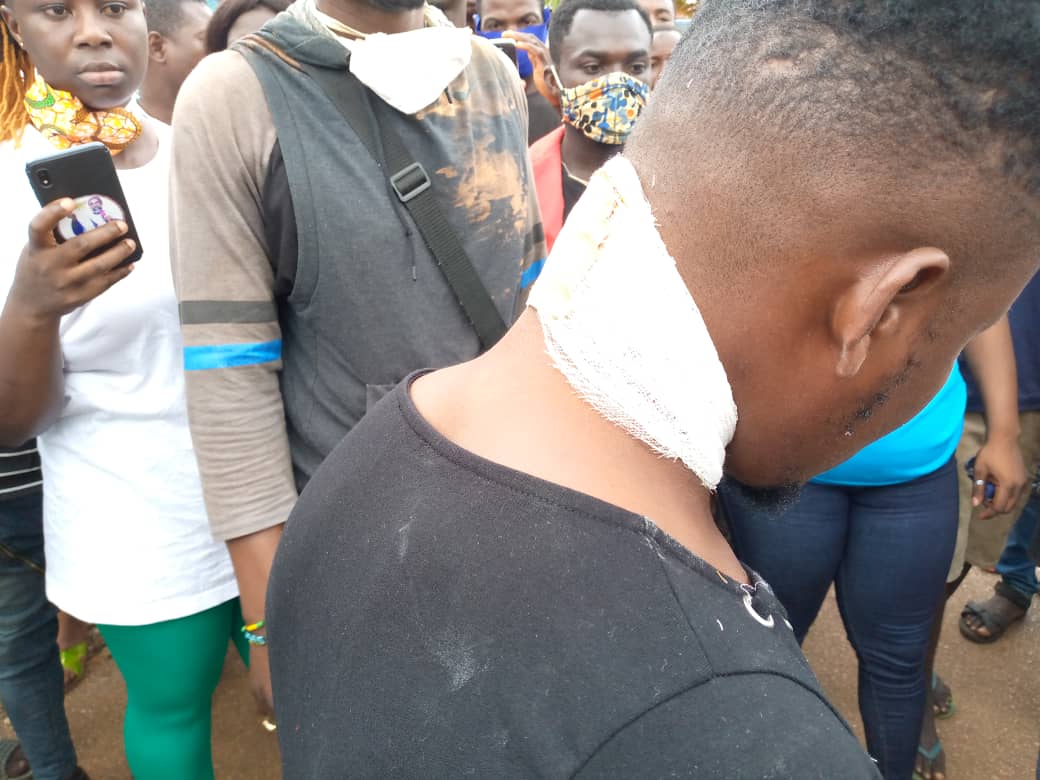 Tension is mounting between the youth of Konongo and Owere Mines Ltd at Patrensa in the Asante Akim Central District over issues of encroachment in the mine’s concession area.

The youth, many of whom are small-scale gold miners, last Wednesday, June 24, were alleged to have encroached on the mine’s concession at Patrensa.

An attempt by the military detail at the mine to drive the illegal miners away from the concession led to the death of one of the youth.

The body of the deceased, who is yet to be identified but believed to be in his 30s, is currently at the First Klass Hospital morgue at Konongo.

The situation got worse yesterday when the youth converged on Konongo with the aim of marching to the mine site to avenge the death of their colleague.

The youth, who were dressed in black with red arm and headbands, had their faces smeared with black powder and wielded sharp machetes.

They had gathered at the chief’s palace to register their displeasure over the treatment being meted out to them by the military when a military reinforcement that was called in allegedly opened fire on them, injuring a number in the process.

The Konongo Divisional Police Commander, Chief Superintendent Mr Shaibu Osei, who confirmed the incident to the Daily Graphic, said he had calmed the youth and was asking them to return to their homes when the military opened fire on them.

“My men and I were caught up in the ensuing melee and had to take cover. Luckily, none of us was hit but I hear a number of the youth sustained gunshot wounds,” he said.

Even though he could not confirm the number of people who were injured, he nonetheless confirmed that one person had died as a result of injuries he sustained from gunshots.

The military, he said, claimed that the youth pelted them with stones which compelled them to open fire on them.

The Chairman of the Small Scale Miners Association in the Asante Akim Central District, Mr Eric Addai Boateng, admitted that the youth were wrong in encroaching on the mine’s concession area.

He said the association was still in talks with the mining company to release part of the concession to the youth to mine.

The leader of the protesting youth, Mr Kwame Dompre, accused the government of neglecting the youth of Konongo and leaving them to the mercy of the mine.

He said the mine had been dormant for over 15 years and yet it had hijacked all the juicy concessions in the district.

Mr Dompre said if the mine had been operating, some youth would have at least gained employment and earned their daily bread.

According to him, small-scale mining was the only source of employment for the youth in the area. He has, therefore, called on the government to intervene and involve the district in its community mining project.

As of the time of going to press, the management of the mine was locked up in a crunch meeting over the issue.

The Mine Manager, Mr Ernest Kofi Amponsah, told the Daily Graphic that some installations of theirs were affected during the clash.