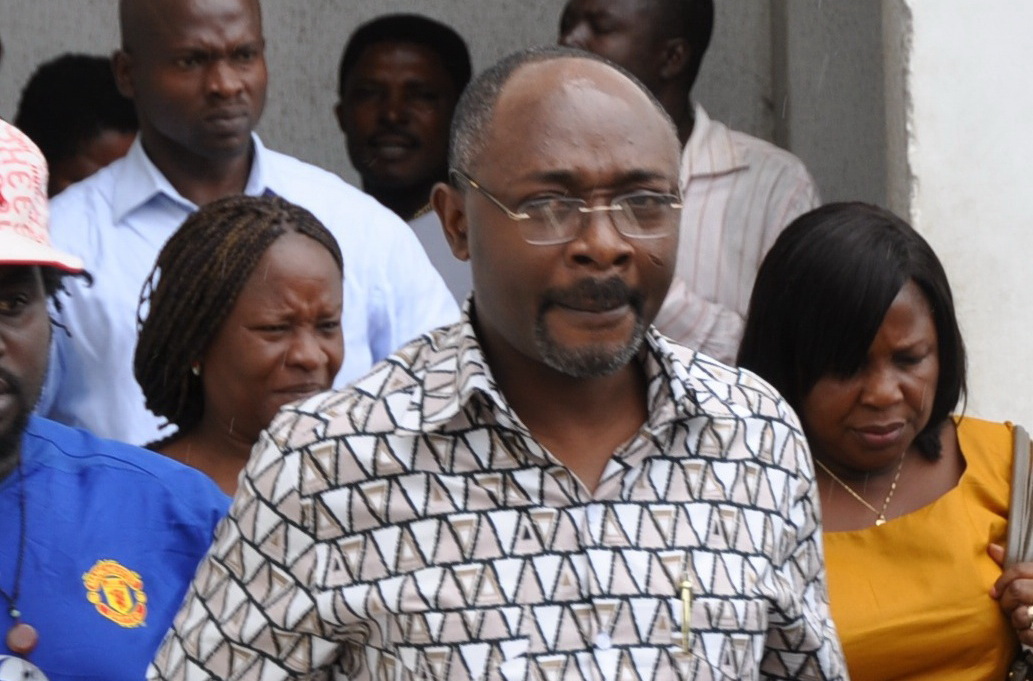 The Attorney-General (A-G) has withdrawn an application at the Supreme Court seeking permission for the transfer of some properties of businessman, Alfred Agbesi Woyome, to the National Security Council Secretariat (NSCS).

The A-G wanted the apex court to allow the transfer of the properties to the NSCS to defray the GH¢47.2 million debt Woyome owes the state.

Deputy A-G, Mr Godfred Yeboah Dame, however, withdrew the application after the court pointed out to him that it was not supported by the rules of court.

A five-member panel of the court, presided over by the Chief Justice, Justice Anin Yeboah, held that there was no need for the application and rather the state could purchase the properties.

The court, accordingly, struck out the application as withdrawn.

The properties include two mansions at Trasacco Estate and a house at Kpehe, both in Accra.

The A-G wants the properties transferred to the NSCS because people do not want to buy them for fear of losing them in the event there is a change of government.

Also, the A-G indicated in its application that the NSC considered the location of the properties very vital for some of its operations and, therefore, it wanted to assume control of them.

The Supreme Court, on July 29, 2014, ordered Mr Woyome to refund GH¢51.2 million to the state, on the grounds that he got the money out of unconstitutional and invalid contracts between the state and Waterville Holdings Limited in 2006 for the construction of stadia for CAN 2008.

It was the view of the court that the contracts upon which Mr Woyome made and received the claim were in contravention of Article 181 (5) of the 1992 Constitution of Ghana, which required such contracts to be laid before and approved by Parliament.

The case leading to the Supreme Court decision was initiated by Mr Martin Amidu, the current Special Prosecutor, in his capacity as a citizen of Ghana.

On March 1, 2016, Mr Woyome prayed the court to give him three years to pay back the money, but the court declined to grant his wish.

However, that did not materialise, after the businessman had initiated a litany of legal cases at the Supreme Court challenging the decision for him to pay the money or efforts to execute the judgment, which were all dismissed.

In August 2017, the ICC threw out his case on the basis that he had failed to properly invoke its jurisdiction.

His case at the African Court of Justice was also dismissed in June last year.

The state, in its attempt to take over the businessman’s properties, faced certain obstacles, which included a claim by the defunct UT Bank that some of the properties belonged to the bank.

On June 27, 2019, the Supreme Court ruled that the properties were, indeed, for Woyome and ordered their sale to defray the debt he owed the state.

The assets to be sold include an office complex of Anator Holdings, a residential building at Abelemkpe and a stone quarry, including its plants and equipment, at Mafi in the Volta Region.