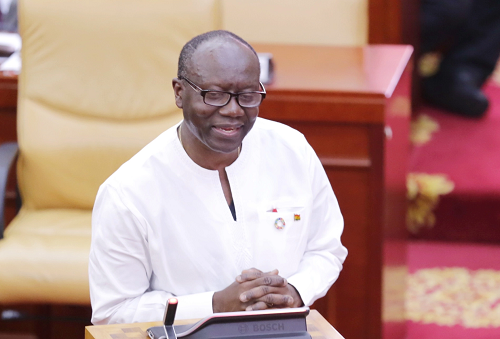 The Minister of Finance, Ken Ofori-Atta says government did not conspire with the Central bank, the Bank of Ghana (BoG), to collapse some indigenous Ghanaian banks that were affected in the financial sector clean-up exercise.

He said as of the time the current government took over power from the then governing National Democratic Congress (NDC), all the collapsed banks “were totally insolvent” due to mismanagement which was happening in the financial sector.

Mr Ofori-Atta, who was presenting the mid-year budget today [Thursday, July 23, 2020] at Parliament, said the government was only interested in fixing the broken economy they inherited.

"As a serious government as we are, and as patriotic as we are, we absolutely have no time, no energy, to conspire with the central bank to deliberately collapse Ghanaian banks,” he said.

He explained that as a result of mismanagement in the banking sector, funds of depositors have been locked up with no hope of such depositors accessing their funds.