VIDEO: My "protocol" choices for the military were rejected - Kennedy Agyapong 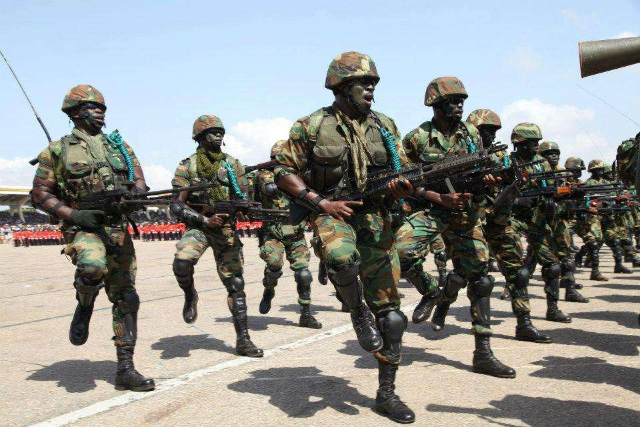 The Member of Parliament (MP) for Assin Central and Chairperson of the Defence and Interior Committee of Parliament, Mr Kennedy Ohene Agyapong claims that two persons he put forward for protocol enlistment into the Ghana Armed Forces were rejected.

According to him, this was a sign that some of the now outgone national executives of the New Patriotic Party (NPP) did not care about the grassroots of the party.

He said showing care for the grassroots of the party in times of need was a way to assure them that they have not been abandoned.

"I am a Chairman of the Defence and Interior Committee, they asked me to bring two protocol and the military rejected them," he said yesterday on Metro TV during voting at NPP's national executive elections.

"What is the meaning of protocol, everywhere in the world, there is protocol.

"They should vote against them because if Ken Agyapong has been rejected how much more these people (the grassroots)?".

According to him, the persons he put forward had the requisite academic qualification and should never have been disqualified during the enlistment process.

"First one, had a Business Administration (degree), the second one did Political Science and Sociology, they disqualified them and said they don't qualify.

He said he was given an excuse that maybe they failed the medical screening.

"If they give you money take, If they ask you to swear, swear... Nothing will happen to you, chop the money and use your brains because they won't come to you after the elections".

Kennedy Agyapong fumes as his 'protocol' candidates were rejected by the military; advocates for delegates to vote against candidates who do not care about the grassroots#ElectionCentral pic.twitter.com/Fmf6ZO6Eza

The then Defence Minister-designate, Dominic Nitiwul in February last year stated that there was no protocol recruitment in the Ghana Armed Forces.

Speaking at Parliament’s Appointment Committee vetting, he stated that the Armed Forces has rigorous steps and tests for prospective recruits who will have to go through before they are qualified to join the army.

He explained that no one can influence these tests or their results to favour any recruit.

“Especially for cadets you need to go through six different stages, none of them you can influence, including writing an exam at the University of Ghana.

“For recruitment, it’s the same thing. There are selectors who go around the region to select people…you can’t influence them,” Mr Nitiwul said.

The Minister-designate said he knew about the perception that recruiting people in the army based on protocols had existed in the minds of Ghanaians for a long time.

However, “it is not a true story and I can assure you that it is not possible but all,” he added.