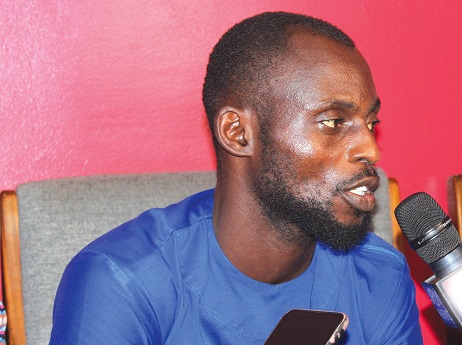 Kwesi Ackon, the honest taxi driver who returned a sum of money that was left in his vehicle has been employed as a driver by the Church of Pentecost General Headquarters in Accra, Ghana.

Mr Ackon who is a member of the Church and fellowships at the Onyeametease Assembly in the Kokomlemle District in the La Area of the church started work today (June 16, 2022).

A publication by the Church of Pentecost website said he could not hide his joy over the job offer and expressed his heartfelt gratitude and appreciation to God and the leadership of the church, particularly the Chairman, Apostle Eric Nyamekye, and the General Secretary, Apostle Alexander Nana Yaw Kumi-Larbi.

According to him, working at the church’s headquarters would further build his Christian faith and values.

Mr Ackon, 36, also thanked Ghanaians who donated various sums of money and items to him when the news about the issue went viral on social media.

The job caps an unforgettable one-month period for Mr Ackon whose honesty made him return GH¢8,400 left in his car to the owner, a fishmonger at Teshie.

He picked the trader from the Mallam Atta Market in Accra to her residence at Teshie on Easter Saturday.

The old woman, who had no hope of retrieving the said money, wept profusely and invoked the blessings of God upon Kwesi Ackon when he voluntarily traced her at her residence on Easter Sunday to return the money to her.

Mr Ackon's act was captured on video and was widely circulated, catching the eye of the Vice President, Dr. Mahamudu Bawumia, who donated GHS20,000.00 to him.

Several organisations and individuals followed suit, donating several amounts and a vehicle to him.