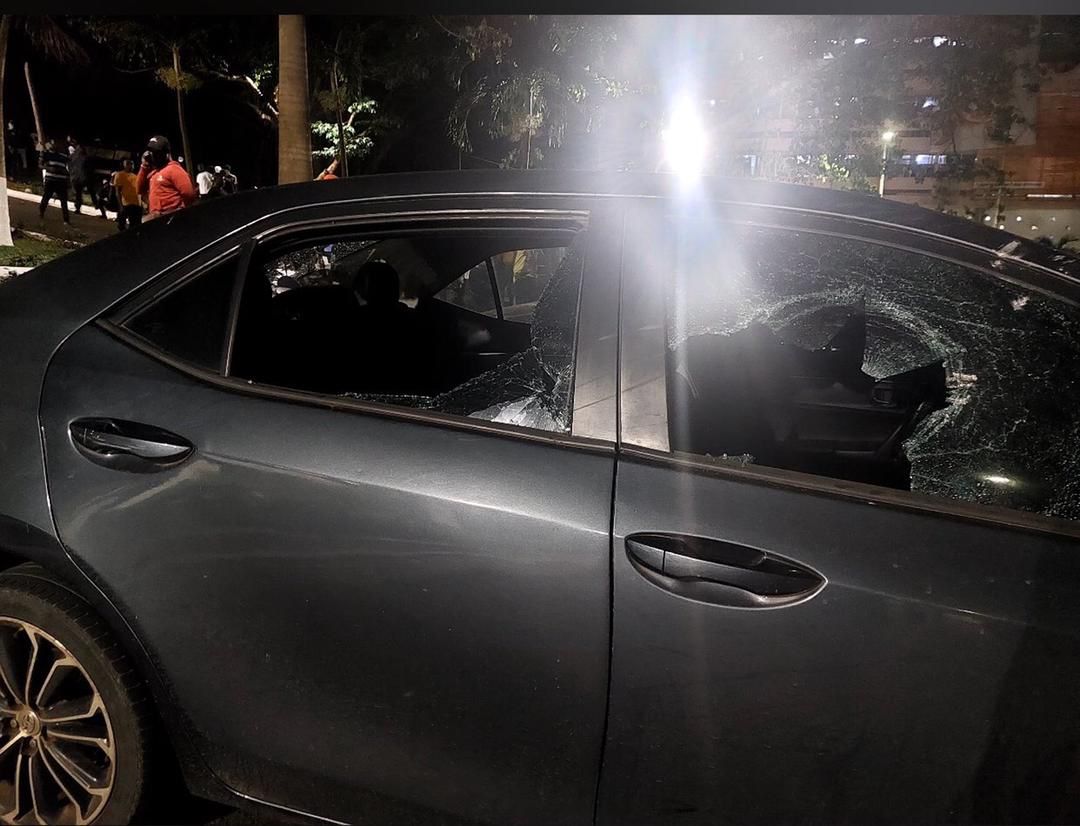 A total of five people have so far been identified as part of the perpetrators of Thursday night's hooliganism on the campus of the Kwame Nkrumah University of Science and Technology (KNUST).

Among those identified are some students said to be from the Casely Hayford Hall at the University of Cape Coast (UCC).

They had travelled to Kumasi to be part of the University Hall (Katanga) week celebrations and got involved in the hooliganism activities.

University authorities suspect many of the hooligans, about 40 of them, are from the Casely Hayford Hall in UCC who had travelled to Kumasi to participate in the University Hall week celebration, Graphic Online has gathered.

Some of those identified courtesy of the close circuit television (CCTV) cameras on campus are also alumni of KNUST, who had visited the campus to be part of the University Hall week activities.

The university authorities are still reviewing the footages and hope to identify more culprits.

"Those who are not students, we will handover their details to the police. The IGP is so much interested in this matter, because we need to bring a finality to this issue of hooliganism within the universities once and for all," the KNUST University Relations Officer (URO), Dr Norris Bekoe said.

He said from now on, "any student who is rusticated, or dismissed from the university, we will publish the person's details, reasons why the person is no longer fit to be our student, and then we will also add photographs and we will circulate this across the major media platforms so parents can identify and know."

Dr Bekoe confirmed to Graphic Online that five people have been identified through the CCTV footages.

Meanwhile, the university management has suspended all hall week and SRC week activities on campus indefinitely.

This is following the violent clash between some members of the University Hall (Katanga) and Unity Hall (Continental) on Thursday, August 18, 2022.

Although management has set up a committee to look into the disturbance, it has also banned temporarily the massing up of students of any kind.

Below is a copy of a statement signed and issued by the KNUST Registrar, A.K. Boateng on the issue

The Executive Committee also decided that with IMMEDIATE EFFECT:

Massing up of students leading up to 'morale' activities and procession is SUSPENDED INDEFINITELY:

Random security checks of persons and vehicles entering and exiting the University campus are to be carried out.

The Transport Department of the University has been directed to take custody of all the vehicles that were vandalised during the disturbances and make
appropriate recommendations for repairs.

Management of the University wishes to express its profound gratitude to the Security Agencies, particularly, the Ashanti Regional Police Command, for their
swift intervention in restoring peace and order on Campus.

We would also like to assure the University Community and the general public of the commitment of Management to ensure uninterrupted academic activities in the University. 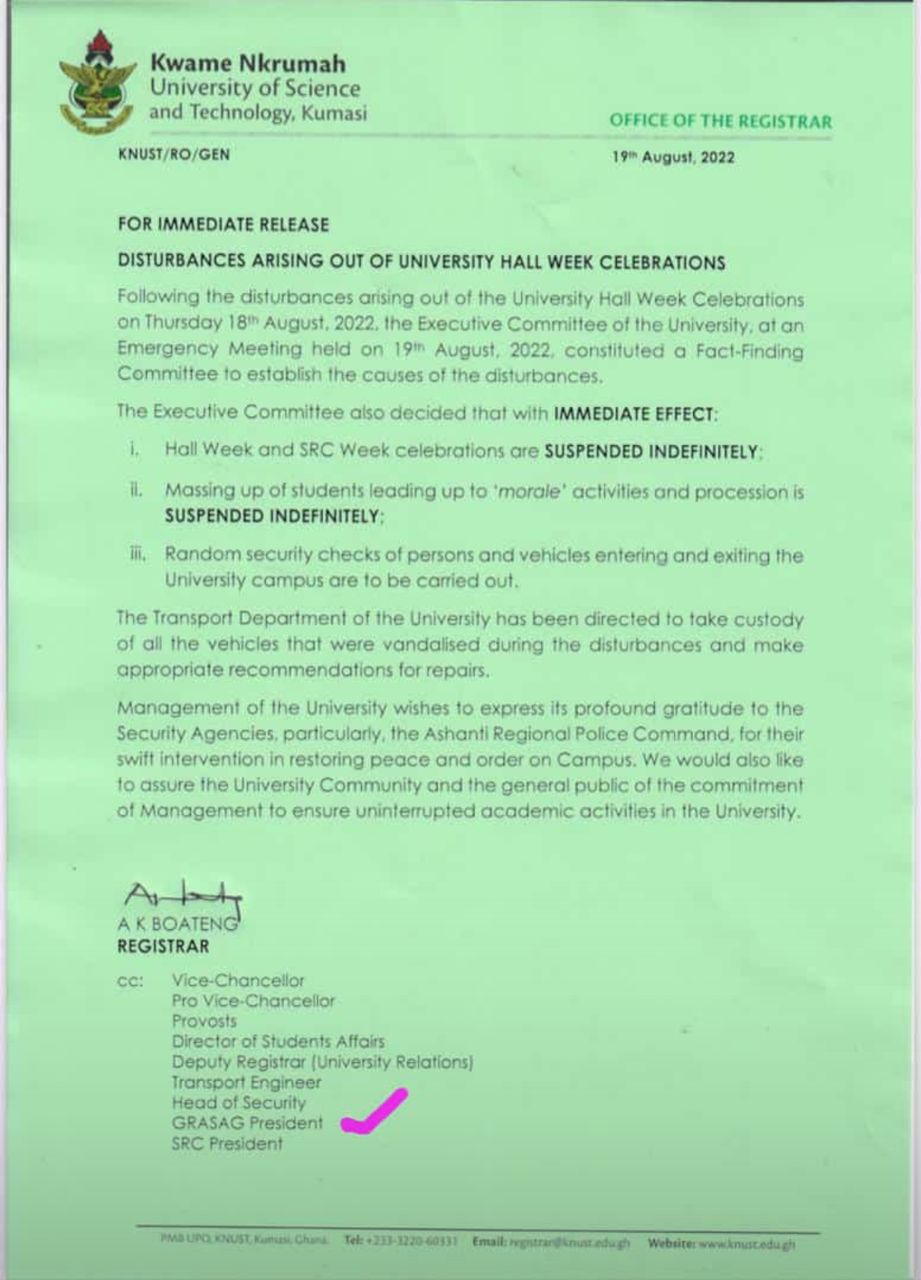