International Day of Action for Rivers: Environmentalists call for steps to stem pollution 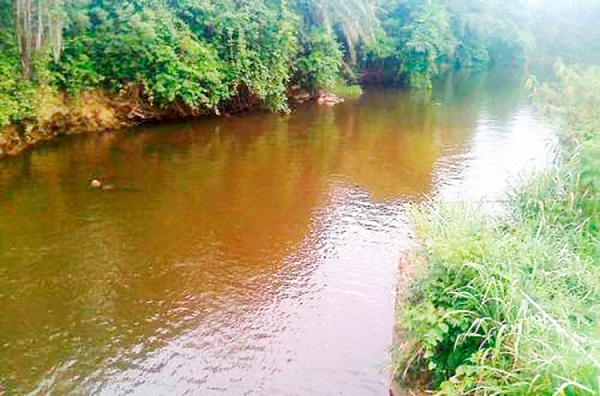 Proactive measures are needed from state and non-state actors to stem pollution and other human activities that threaten the very existence of rivers in the country.

On the occasion of International Day of Action for Rivers, which was marked yesterday, some environmentalists expressed concern about increasing illegal activities that were polluting rivers and impacting communities that depended on them for their survival.

Marked on March 14 every year, the day is celebrated to raise awareness of the value and importance of rivers as well as bring people from across the world together to discuss and spread awareness about conserving rivers, river management, pollution and equitable access to clean and flowing water.

This year marks the 25th edition of the International Day of Action for Rivers.

The theme for this year’s celebration was: “The importance of rivers to biodiversity.”

Friends of Rivers and Water Bodies, a voluntary environmental non-governmental organisation (NGO), suggested the enforcement of the country’s legal regime for the management of water resources to prevent a potential nationwide water crisis.

According to the 33-year-old organisation, the current state of rivers in the country was nothing to write home about, and with the increasing demand for water, only a strict enforcement of the formal (statutory) laws and informal (customary) laws would save the situation from further deterioration and restore hope to the nation.

The President of the organisation, Nana Dwomoh Sarpong, made the call in an interview with the Daily Graphic.

Nana Sarpong bemoaned the destruction caused by illegal mining (galamsey), irresponsible farming practices, sand winning and other human activities that pose a threat to water bodies and said: “We cannot allow this to continue.

“I am deeply troubled travelling across the country and seeing rivers with severe destruction.”

Kumasi, Kwadwo Baffoe Donkor writes that the activities of illegal miners and farmers operating along the banks of water bodies continued to pose a threat to the survival of water bodies and the availability of water for consumption.

Although most of the rivers being used for water production by the Ghana Water Company Limited (GWCL) could be said to be in fairly good condition, there was the fear that if certain human activities were not curtailed, it could affect water availability in the region.

The Ashanti Regional Chief Manager in charge of Production of GWCL, Charles Tulasi, called for deliberate efforts from all, particularly the state, to save water bodies from pollution and eventual extinction.

He said even though the company had been liaising with the Regional Coordinating Council (RCC) and the National Security Coordinator for the region to check the activities of illegal miners, “their activities continue unabated.”

In an interview with the Daily Graphic, the Convener for Climate, Livelihoods and Agriculture Platform-Ghana (CLAPgh), Kofi Adu-Domfeh, said it was time the government took a decisive action against the activities of illegal miners to halt their negative impact on rivers and water bodies in the country.

“The destruction and pollution of surface water and groundwater by illegal miners, coupled with the use of pesticides and chemical fertilisers in food production, have the tendency to exacerbate the impact of climate change on lives and livelihoods,” he said.

The continuous pollution of the Birim River by illegal miners is affecting the operations of the GWCL in the Eastern Region, writes George Folley.

Currently, the Anyinam headworks has been shut down because of high pollution.

The Eastern Regional Public Relations Officer (PRO) of the GWCL, Kodwo Daase, told the Daily Graphic that the state of the Densu River was very worrying.

He said most farmers during the dry season farmed close to the banks of the rivers contributing to severe pollution.

"We spend a lot of resources to treat water from these two rivers to our consumers, yet people do not bother about how their activities threaten the lives of their compatriots," he said.

From Tamale, Mohammed Fugu reports that the Nawuni River, the only source of water for the GWCL which serves the people of Tamale and its environs, is under serious threat from the activities of sand winners.

The depth of the river has reduced drastically due to siltation, which has undermined its water holding capacity.

The water intake level as of last week was 2.3ft, but the level had increased to 4.60ft by March 14, 2022, following the downpour. The minimum operation level is 2ft while its maximum level is 36ft.

Officials said but for the downpour in the upstream in the past few days, the GWCL would have shut down water supply to the metropolis due to the low intake of water.

The Northern Regional PRO of GWCL, Nicholas Abbey, told the Daily Graphic the company was currently engaging the assemblies where the river traversed to create a buffer zone to protect the water from the activities of sand winners.

An environmental activist, Nana Yaw Osei-Darkwa, who is the Convenor of the Green Republic Project, called for the protection of water bodies to ensure sustainable water supply and protection of aquatic organisms.

From Sekondi-Takoradi, Dotsey Koblah Aklorbortu writes that the Western Region, which is blessed with several natural resources, including rivers, has over the years suffered from pollution.

The Regional Minister, Kwabena Okyere Darko-Mensah, said the RCC would do everything to ensure environmental safety and protect river bodies.

The Western Regional Director of the Environmental Protection Agency (EPA), George Diawuoh, said the excessive human pressures leading to pollution, especially from land-based sources and habitat destruction, was having a negative effect on rivers.

“Urgent measures are required to reverse the trend,” he said.

The Executive Director of the Friends of the Nation (FoN), Donkris Mevuta, stressed the need to create and spread awareness of the protection of rivers.