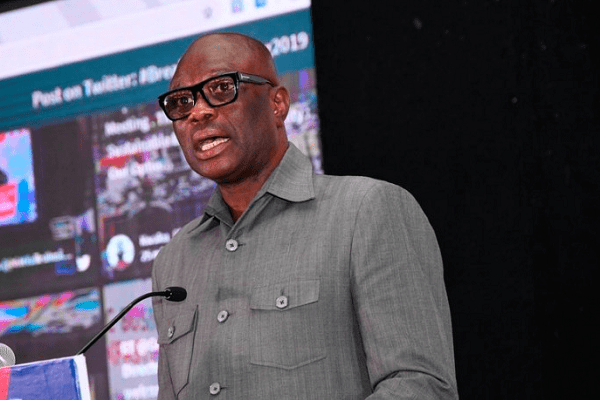 The Ghana Union of Traders’ Associations (GUTA) has called on the government to do everything possible to help traders whose goods have been locked up in Nigeria for the last three months to retrieve their wares.

Speaking to the Daily Graphic on the issue yesterday, the President of GUTA, Dr Joseph Obeng, said the action by Nigeria had visited untold hardships on traders and called for urgent steps to address the situation.

“Our traders bought goods from Nigeria but for the past three months, they cannot bring them home to sell and get back their capital because their trucks are stranded. The perishable goods have gone bad and the goods that have been returned to warehouses in Nigeria are incurring more costs because of rent,” he said.

Nigeria closed its western border with Benin on August 21, this year, making it impossible for Ghanaian traders whose goods are in transit from Nigeria through Benin or vice versa to transport their wares.

About 100 trucks of goods belonging to Ghanaian traders have been locked up in Nigeria following that economic decision, with many of the traders who took loans for their businesses counting their losses.

Although the government has taken steps, including the sending of a high-powered delegation to Nigeria for discussions on pragmatic steps to help the stranded traders, real action is yet to be seen.

The Minister of Foreign Affairs and Regional Integration, Ms Shirley Ayorkor Botchwey, and the Minister of Trade and Industry, Mr Alan Kyerematen, held talks with their Nigerian counterparts on the border closure a fortnight ago.

The two parties agreed at the meeting on the creation of a temporary corridor on Nigeria’s western border with Benin, where Ghanaian goods in transit from Benin, and vice versa, could pass to avoid collateral damage.

The Ghana government was also expected to provide further information on Ghanaian companies that do business in Nigeria, the goods and companies affected and those likely to be affected by the closure of the borders, as well as stranded trucks at the borders for identification purposes, but the efforts are yet to yield real results.

Dr Obeng said that although GUTA appreciated the steps taken by the government, there was the need for definite actions to mitigate the impact of the border closure on traders.

“For now, the government’s concentration has been on exportable goods, but we want more attention to be given to goods that are locked up in Nigeria because it is affecting the trading community,” he stressed.

The GUTA president also pointed out that the action by Nigeria must be a wake-up call for Ghana to take similar steps to protect its traders and economy.

He said the time had come for the government to also close its Eastern Corridor border to prevent the negative spillover of the impact of the closure of the border in Nigeria on the country.

“Ghana must learn the positive lessons in the Nigerian border closure and also take steps to protect its citizens. The problems that Nigeria faces such as porous borders, smuggling of uncustomed goods and ammunition, as well as migration of criminals across borders are also common among other countries in the sub-region,” he observed.

Dr Obeng also stated that the action taken by the Nigerian government to protect its citizens economically was a call on Ghana to enforce sections of the Ghana Investment Promotion Centre (GIPC) Act that debarred foreigners from participating in the domestic retail market.

He added that the action taken by the Ashanti Regional branch of GUTA to lock up some shops belonging to foreigners in the retail sector was a good gesture for the government to act by enforcing the law.

“Our people are currently doing so out of frustration. Just imagine the situation where someone whose goods have been locked up in Nigeria and his capital getting lost comes back to Ghana and sits next to a shop belonging to someone from the same country where his goods are stranded, and such a person is even flouting the laws. It is worrying,” he said.

Dr Obeng also blamed the Economic Community of West African States (ECOWAS) Commission for failing to intervene in the action taken by Nigeria, stressing that such a tendency was a threat to the sustainability of the African Continental Free Trade Area (AfCFTA).

Nigeria partially closed its borders with Benin in August, this year to curb rice smuggling which was said to have threatened the country’s attempt to boost local production of the cereal.

Nigerian authorities have explained that the move was also meant to halt the movement of illicit weapons and other smuggled goods through the various entry points.