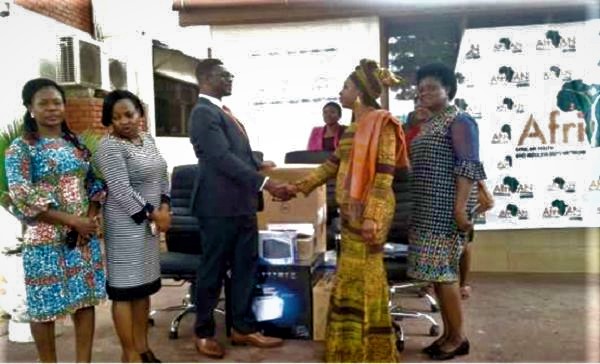 The United Nation’s Population Fund (UNFPA) on Thursday presented office equipment, including lap and desk top computers, an HP printer and chairs to the Ministry of Gender, Children and Social Protection (MoGCSP).

The UNFPA Country Representative, Mr Niyi Ojuolape, who handed over the equipment said it was to support the work of the Domestic Violence Secretariat of the Gender Ministry.

He underscored the key role being played by the secretariat in addressing domestic and violence-related issues in the country and pledged the UNFPA’s sustained commitment to every effort that would help curb the menace.

The Chief Director of the Ministry of Gender, Children and Social Protection, Dr Afisah Zakariah, who received the items, thanked the UNFPA for the support.

She said despite the huge responsibility of the Domestic Violence Secretariat of the Ministry, it was confronted with funding challenges and so the support would go a long way to enhance the work of the ministry.

Later in an interview with the GNA,  the Executive Secretary in Charge of the Domestic Violence Secretariat of the Gender Ministry, Madam Malonin Asibi, said the presentation was timely as it would facilitate the expansion of its data and documentation systems for effective monitoring of the situation nationwide.

The secretariat, she said, was responsible for the coordination of all domestic violence activities and bodies such as the UN Systems, Civil Society groups and NGOs, worked on similar projects to address gender-based violence, including domestic violence in communities across the country.

Madam Asibi said her outfit was committed to expanding its network and soliciting for more funds to help achieve better outcomes.— GNA