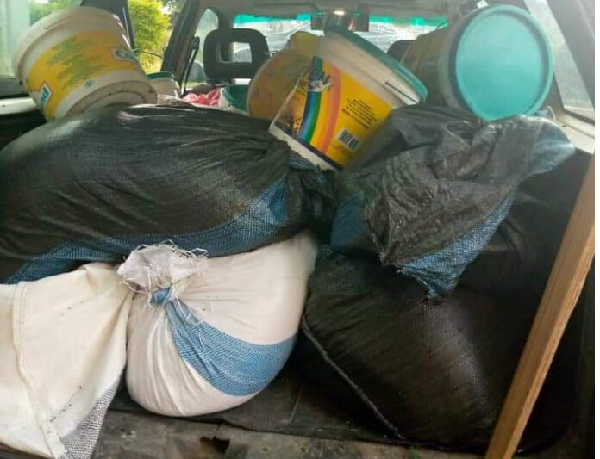 Students of St. Pauls Technical School at Akyem Kukurantumi in the Eastern Region impounded a taxi cab allegedly being used by the matron of the school to transport stolen foodstuffs from the school’s kitchen.

The students who went on a rampage on Sunday (May 30, 2012) were armed with stones and sticks, surrounded the taxi with registration number AS 3074 -15, and deflated all four tires of the car.

The matron, Madam Comfort, and the taxi driver absconded and abandoned the car.

The headmaster of the School, Benjamin Adjabeng whose attention was drawn to the incident lodged a formal complaint at the Akyem Kukurantumi Police station and the police proceeded to the school to offload the alleged stolen food items.

An accomplice at the school’s kitchen was however arrested by the Police to assist in investigations as the Matron and the taxi driver are at large.