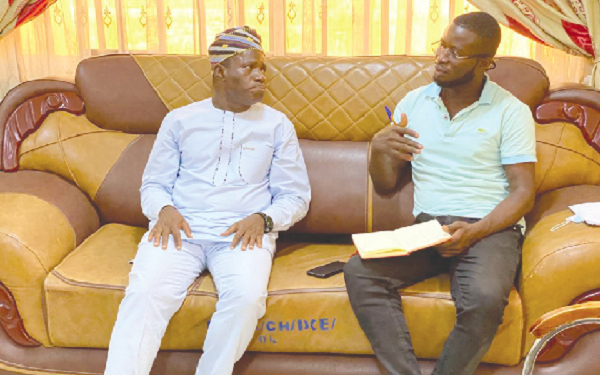 The North East Regional Coordinating Council (RCC) is taking aggressive measures to reverse the falling standards of education in the region.

To that end, it is set to hold a regional stakeholders’ forum on education in January, next year, to brainstorm on ways to reverse the poor academic performance among students in the region.

The North East Regional Minister, Mr Yidana Zakaria, who disclosed this to Daily Graphic in an interview, said the discussions would be situated within the national context and performance contracts would be signed between the RCC and the various district education directorates to ensure that recommendations of the forum were strictly implemented.

I believe that when we bring together all the various actors, we would be finding answers to the problems,” he said.

For instance, statistics indicate that out of a total of 5,000 students, who sat for the 2019 WASSCE, only 117 students passed the examination representing three per cent of the students who wrote the examination.

Mr Zakaria said most schools in the region over the years performed poorly, which called for the need for stakeholders to have an introspection on the possible causes and how it could be reversed.

He, however, urged various stakeholders in the education sector to actively play their roles to ensure inclusive and equitable quality education in the region.

He added that aside from organising the forum, the RCC, in collaboration with its partners, were also providing the schools with furniture and the needed infrastructure to improve on teaching and learning.

The regional minister said “upon assumption of office there was no Regional Education Director but through my efforts we now have a regional director, which will go a long way to improve on the situation.”