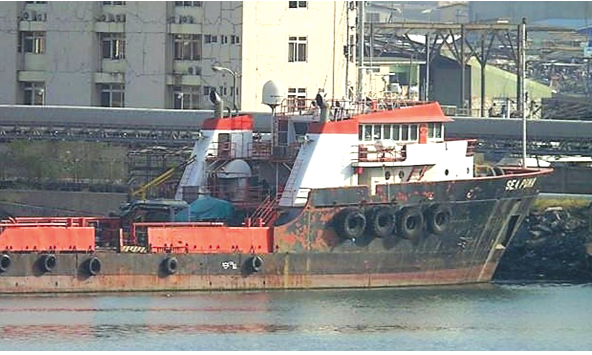 The Tema Command of the Customs Division of the Ghana Revenue Authority (GRA) is holding an oil supply vessel, MV Famous 1, at the Tema Port following the discovery of gasoline products which the owners allegedly declared as sludge.

Officials suspected that the gasoline products were being smuggled under the guise of the sludge material in an attempt to evade the payment of the necessary taxes to the state.

A sludge product normally contains about 50 per cent or more of water  and as such may be exempted from tax.

Officials of the vessel, Kpabulga Energy Limited (KEL), in a letter signed by its Director of Operations, Mr Abdul Rafat Mohammed, on November 23, 2020 had made an application to the Director of Tema Port seeking for clearance to discharge some 200 cubic litres of sludge, a waste product made up of a mixture of oil, water and other substances, at the port.

A highly-placed source at the Customs Division, who confirmed the interception to the Daily Graphic, said the management was waiting for an official report from the Tema Sector Commander on the incident.

The source said the vessel arrived at the port on November 22, 2020 from the Lome Offshore and took berth the following day about 5:45 pm.

It was, however, found to be discharging gasoline products into some Bulk Road Vehicles (BRV), popularly referred to as tanker trucks, when Customs officials swooped on them and halted the operations to enable them to conduct investigations into the incident.

Attempts to reach the Director of KEL for their comments on the incident were unsuccessful.