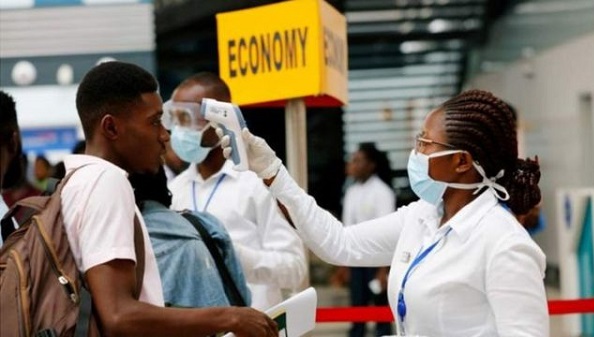 Despite claims that low libido or erectile dysfunction are some of the effects of COVID-19, some survivors say it has not affected them that way.

Although studies into the novel coronavirus continues, research shows a link between COVID-19 and erectile dysfunction.

For some researchers, COVID-19 "completely obliterates the libido", hence it is no surprise that erectile dysfunction could be a lingering effect, even post- recovery.

Difficulty breathing
But some of the survivors in Accra and Obuasi in an interview explained that though they had recovered, they were not experiencing low libido or erectile dysfunction but rather had difficulty breathing.

According to them they "believe breathing will get better with time".

In a chat with The Mirror, a journalist in Accra, Ms Ofosua Ampem, said: “your own breath will choke you. I thought l will die, l was just feeling weak. I cried, I really cried”.

That was how she felt when she got infected with the disease.

Another survivor, Mr Ernest Quansah, who used to be a footballer, encouraged survivors to disabuse their minds of stigmatisation, adding that “In Obuasi, some food vendors refused to sell to me. I had to leave town for a while after recovery”.

Asked whether he had erectile dysfunction issues, he responded in twi saying “me gyina me nan so” to wit “I am very fit”.

Journey
Sharing their journey with The Mirror, the survivors described the experience as traumatic and appealed to the general public to wear a nose mask, exercise, maintain social distance and get vaccinated. They emphasised that, “COVID-19 is real”.

Survivors
Ms Peggy Akua Nfafuah, a survivor in Accra who is in her late 20s, said she did not feel anything very unusual.

"I think the only thing is my breathing, it has still not gone back to how it was completely," she said.

Recounting her journey, she said it started with the symptoms of flu.

But that particular flu was taking days to go away so she spoke to a doctor friend who directed her to the Ga East Hospital where she tested positive.

She believed that she got the virus as a result of the numerous wedding invitations she honoured within the period.

"l think l had become relaxed in observing the safety protocols and went about hugging and shaking hands with people. Also, I attended lots of weddings," she added.

Describing her ordeal as disconcerting, she said it was the worst kind of feeling ever, because at a point " I felt I was going to die. I was struggling to do almost everything".

Currently, she said her health had improved, she had become alert and was observing the protocols religiously.

Telling his journey, a lecturer at the African University College of Communications in Accra, Mr Bubune Malik, said he was still not sure exactly where he got the virus, saying that the virus had not affected his sexual functions.

In addition to his job that brought him into contact with students, he admitted that he was not at home always hence it was difficult to explain where he contracted the virus.

Initially, he thought it was malaria and kept testing for malaria because the symptoms were quite similar.

"I recovered within two weeks, got my sense of smell back and I went about my activities with extra caution and always with a nose mask on.

"During that period, l was calm, I just got the drugs prescribed, stayed home, rested and exercised. Interestingly, my wife was also calm," he told The Mirror.

Mr Malik explained that no one in his household got the virus because precautions were taken.

However, he informed those he had been in contact with to get tested.

Currently, Mr Bubune said he was doing his best to adhere to all protocols to prevent re-infection.

Memory loss
Ms Augustina Arhin also in Accra explained that she had no libido issues after recovery except that “l experienced some memory loss which took a while to correct”.

Apparently, prior to testing positive, she had no symptoms so she did not believe the outcome of the test.

In her mind, there was probably a mistake somewhere.

“After the test, l felt the symptoms, now after recovery l can tell it was really COVID-19 I contracted,” she added.

Ms Arhin, who feels she got the virus as a result of coming into contact with people, said she was careful during the period, especially with her children and the entire family.

She said she was doing things differently to prevent re-infection: “I have my full vaccination now, l don’t play with my immune boosters since l know my immunity is not as high as l thought. And l am extra careful during and after contact with people”.