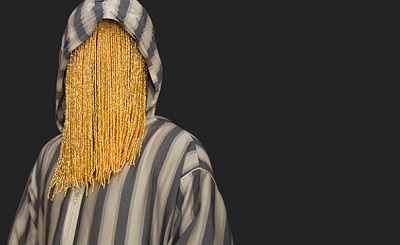 Investigative journalist Anas Aremeyaw Anas, will today premiere a 30-minute documentary in which he goes undercover to expose an underworld of quack doctors in the country, shedding light on a coronavirus (COVID-19) scam said to be worth tens of thousands of dollars.

The film, which is a collaborative effort with BBC Africa, and has been exclusively shown to the Daily Graphic, reveals how some local drug manufacturers extort huge sums of money from unsuspecting victims by selling to them concoctions portrayed as having the potency to cure COVID-19.

Posing as the brother of a man infected with the virus, Mr Anas sets out to find so-called cures, some of which were advertised on radio, and expose the men who manufacture and sell them.

The investigation focuses on scammers known as the “Abdellah brothers.”

Mr Anas told the Daily Graphic last Sunday that the undercover investigation was in two parts, and exposes both fake cures and corruption in the country’s fight against the COVID-19 pandemic.

He said the first part of the documentary, which would be premiered tonight, focused on the illegal manufacture and sale of ‘fake cures’ for COVID-19, and added that the second part, which dealt with corruption and stealing, would be aired in two weeks.

In the film, an undercover footage of the marketing activities of COA FS drugs exposes how they allegedly exploited the pandemic for profit, and how agents of the company misled their customers into believing that their product was a cure for COVID-19.

The film exposes how two samples of COA FS that were tested by the Ghana Standards Authority (GSA) as part of the investigation, revealed additional signs of product contamination, beyond those already revealed by the Food and Drugs Authority (FDA).

Manufacturers of COA FS, the Centre of Awareness Global Peace Mission (COA GPM), on March 19, emphatically said the drug was an immune booster and a viral load suppressing drug and not a cure for the coronavirus disease (COVID-19).

On the other hand, the illegal activities of two self-acclaimed doctors known as Dr Abdellah Jnr and Dr Abdellah Snr, who masterminded the lucrative COVID-19 scam, were also exposed and their makeshift factory raided by the FDA.

The documentary exposes how the two individuals produced hundreds of bottles of a product labelled “Covid Cure” with fake FDA numbers on its labels during the lockdown period.

Undercover videos in the film exposed how they bragged and lied to potential customers just to portray themselves as geniuses who had achieved a major breakthrough.

They claimed people took their children out of hospital quarantine to take their drug. They also claimed to be actively treating a number of coronavirus patients, and to be cutting deals with prominent people in Ghana.

In the film, they attempted to sell 100 bottles of their concoction to the undercover team for GH¢150,000. They had stockpiled almost GH¢433,875 worth of fake cure products in total.

When samples of the product were tested by the GSA, they failed to meet the standards for human consumption because they were contaminated with bacteria, mould and traces of phosphine.

The 30 minutes’ undercover documentary will premiere at 8p.m. tonight on the BBC EYE Channel on BBC Africa YouTube page and TV3 concurrently. Graphic Online [www.graphic.com.gh] will later broadcast it on graphic.com at 9p.m.