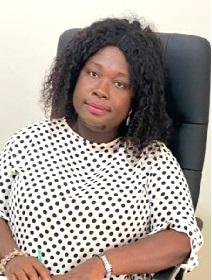 The Director of Physical Planning for the Sunyani West Municipal Assembly, Gifty Nyarko, has called on the public to strictly adhere to Land Use and Spatial Planning Regulations to reduce environmental challenges and haphazard physical developments in the country.

She explained that adherence to Section 96 (sub-section 1-5), Section 97 and 113 of the Land Use and Spatial Planning Act, Act 925 (2016) was crucial when developing a land for whatever purposes.

Mrs Nyarko, who was speaking to the Daily Graphic in an interview, said before one disposed of land for development, the person must adhere to the regulation as it was targeted to reduce environmental challenges of the country.

Mrs Nyarko said the legal provision was further reiterated by Section 103, sub-section 1-3 of the Local Governance Act, Act 936 of 2016, demonstrating its importance in solving the rate of uncontrolled and haphazard physical developments in the country.


She expressed the hope that adherence to those regulations would drastically reduce most of the social, economic and environmental problems that the country had been grappling with over the years.

Mrs Nyarko emphasised that evidence of title to land, whether lease, title deeds, indentures, statutory declarations and allocation notes, were not planning permits.

She said it was wrong for one to assume that having evidence of title to a piece of land was enough to start development, explaining that without due regard for planning regulations and standards, one could not commence development of land.

Mrs Nyarko said, “Chiefs are custodians of land (holders of allodial title to land). However, the power to develop land into a specific use is the exclusive mandate of the assembly, not chiefs or landowners.”

She explained that in some situations, the allocations made by chiefs and landowners tended to contradict those of local plans and any attempt by physical planners to explain to prospective developers always resulted in highly heated arguments and conflicts.

Mrs Nyarko, therefore, advised prospective developers to apply for development and planning permits before starting physical development of their projects.

She urged the public to adhere to the laid-down principles and rules regarding the acquisition of land to help prevent any misunderstanding that might occur between legally mandated land sector institutions and land users.

She said some developers sometimes got frustrated due to the bureaucratic nature of the permitting process.

“Even though the new Land Use and Spatial Planning Act, Act 925, 2016 has simplified the process, there are still some assemblies that are not adhering to the new permit flow chart and, therefore, applicants find themselves in the old cumbersome and time-consuming permitting process,” Mrs Nyarko said.

She appealed to the assemblies to adhere to the 30 working days mandated duration for permit approval in order to fast-track the process for applicants to reduce the rate of uncontrolled and haphazard physical developments in the country.