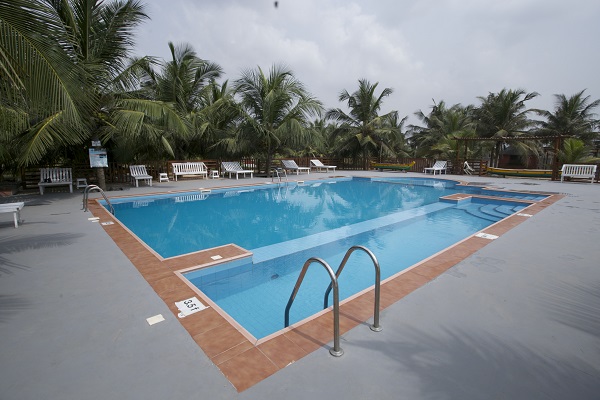 Atlantic Bay Resort has a swimming pool where the COVID-19 protocols are enforced. Follow @Graphicgh

If you are planning a new year get away from home, then one place you might want to consider is the Atlantic Bay Resort (formerly Legacy Tribe) located at Prampram in the Greater Accra Region.

It is directly on the Atlantic coast, with a beautiful sandy beach that will make you feel truly at peace and at home. The resort gives a breathtaking view of the Tema Harbour to the west and the Prampram Fishing Harbour to the east.

The good thing about this facility is that it is a hideout for conferencing, honeymoons and family retreats. The operators are also keen on enforcing the COVID-19 protocols.

For those who do not know Prampram, it is the capital of the Ningo-Prampram District and it is 15 minutes drive from the port city of Tema and 45 minutes from Accra, the national capital.

The fishing community of Prampram is a historic town in the Greater Accra Region, and is home to the ruins of Fort Vernon. It is a small English trading fort, which was built in 1742. The town is set to become an international hub as the government has acquired over 60 acres of land to construct a modern airport.

Prampram has clean sandy beaches dotted with several pleasure spots for tourist and holidaymakers. It is for this reason that the Atlantic Bay is a good place for fun-seekers.
Legacy Tribe, which was the foremost name of the beach resort which is over a decade old, was renamed Atlantic Bay in May 2019.

Interaction with owner
This reporter had the opportunity to have a chit-chat with the owner, Dr Fareed Arthur, a consultant, who used to work with the African Union in Ethiopia after a corporate retreat by the Graphic Communications Group Limited.

Dr Authur, who has travelled widely, said having gone global trekking for a long period, one thing that struck him was the hospitality industry. Therefore, he had always had the dream to develop a facility that would be a one-stop for vacation and relaxation.

“The concept of Atlantic Bay was based on a concept I met in Nairobi. Therefore, when I finally came home in 2019, I decided to rebrand and refurbish the Legacy Tribe and renamed it Atlantic Bay, by adding a swimming pool, boathouse and additional chalets,” he explained.

Touching on the rooms, Dr Fareed said in all there were 19 rooms made up of 13 chalets and six standard rooms. “Two of the chalets are also family rooms with huge spaces and kitchens for a family weekend out or a long vacation. The family chalets were built during the Year of Return and it is now one of our flagship rooms. Every room has an air-conditioner and a double bed,” he stated.

Besides the rooms and pool is a huge space suitable for outdoor events such as weddings and parties. 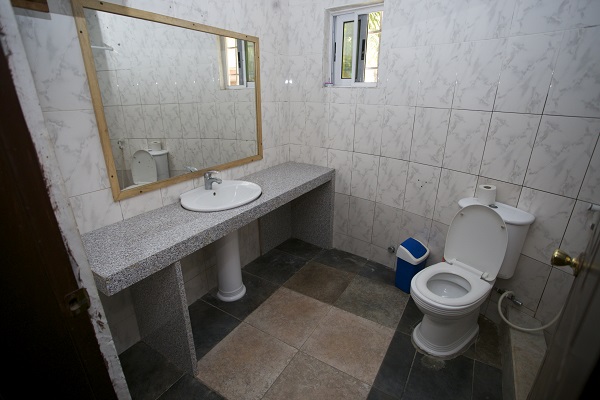