Who were the first bakers of bread? 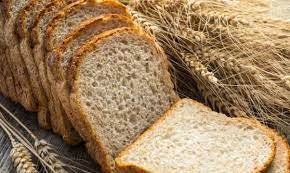 Wherever you go in the world, from the most primitive savage tribes to the most elegant restaurants in the big cities, you will find that people eat bread in one form or another. Bread is simply the flour or meal of cereals after it has been mixed into dough and baked.

The Egyptians were probably the first to make bread, about 3000 B.C. While the Hebrews were also making bread in ancient times, it was the Egyptians who discovered yeast. By using yeast, they were able to make the dough rise, and so had "loaves" of bread, while the Hebrews baked their bread in thin sheets.

Most of the bread we eat is made from wheat. This is because wheat is the only grain which contains a substance known as "gluten". This gluten enables the loaf to rise better as it is baked, and so produces the light kind of bread we like. Rye flour, for example, does not possess this quality, so it usually has to be blended with wheat.

We also eat biscuits, corn bread, muffins and so on. These are mixtures of wheat flour with corn meal, rice, rye, or oat flour. Corn bread, hoe cake, corn pone, and spoon bread are made mostly from corn meal.

In other parts of the world what the people consider "bread" is made from a great variety of products. In Mexico, tortillas are made from corn. In Scotland, they eat Scotch bannocks- a kind of flat griddle cake made from barley meal or oatmeal.

The Swedish people eat a flat, crisp, hard bread which is made from rye flour. The Jews, for thousands of years, have observed the time of the Passover by eating a bread known as "matzoth", which is made by forming a mixture of flour and water into thin, flat, crackerlike wafers. It is "unleavened", which means it contains nothing to make the bread rise.

In some countries peas are ground into flour for bread, in others rice is used, and even acorns are used for bread flour  in the Far East!