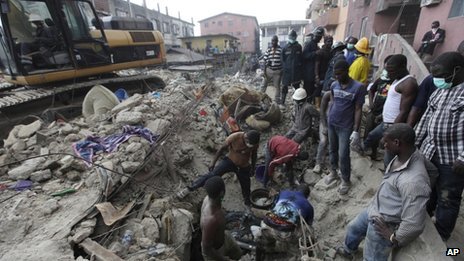 At least seven people have been killed after a residential building collapsed in a poor neighbourhood in Nigeria's main city, Lagos, officials have said.

A baby was among at least seven other people rescued from the three-story building in the Ebute-Meta neighbourhood.

The building caved in because of structural defects, officials added.

Lagos is one of the most overcrowded cities in Africa, with many badly built structures and poor safety standards.

He confirmed that an infant was among victims when the building caved in before dawn on Thursday.