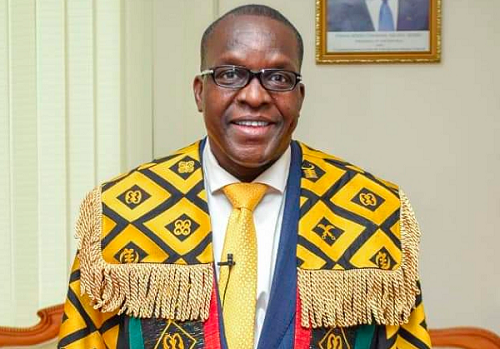 Parliament is said to be the sanctum sanctorum of the temple of democratic edifice the world over. The integral role that they play in the governance of modern democratic states cannot be discounted.

In democratic states, the powers of government are often distributed among the executive, the judiciary, and the legislature.

Of these organs, it is the legislature or Parliament that bears a direct and vast representational mandate.

Like other parliaments, our Parliament synthesises and synchronises the diverse interests of the population through a number of mechanisms including law-making.

The House continues to excel in this endeavour. Until December 2020, the executive arm introduced all bills passed by the House.

The jinx, however, was broken in December 2020, when the first Private Member’s Bill passed into law.

A private Member's Bill is proposed legislation introduced by a Member of Parliament (MP) in their capacity as MP, which is distinct from a Public Bill introduced by a minister of state on behalf of the executive.

Although the 1992 Constitution does not expressly confer power for the enactment of Private Member’s Bill, there are sufficient provisions in the Constitution that impliedly confer this power. These provisions include Articles 93(2), 108, 22(2) and 185(3).

It is a phenomenon that the enactment of the Private Member's Bill is an entrenched feature of most parliaments in the Commonwealth: New Zealand, Australia, Canada, United Kingdom, India, Norway, Nigeria, and Kenya.

Over the years, Parliament has felt restrained by Article 108(a) of the Constitution in exercising its powers to enact Private Member’s Bills.

However, this position changed in June 2020, when the House passed a resolution to commence the passing of Private Member’s Bills.

The House anchored its resolution on the reasoned opinion of Nana S. K. B. Asante that “Article 108 of the Constitution does not impose an omnibus prohibition on the initiation of all legislations by a Private Member, since every Member of Parliament can introduce legislation which does not have specific financial implications spelt out under the Article.”

Secondly, it offers Minority Members of Parliament the opportunity to initiate Bills and, thereby, contribute towards addressing the winner-takes-all syndrome.

Thirdly, it empowers constituents to properly assess the performance of their MPs based on the core mandates of the latter.

Fourthly, it deepens consensus building in Parliament, as a sponsoring MP needs to get other MPs along to pass a Bill introduced by them.

Lastly, it improves the capacity of MPs and staff towards the enactment of effective legislation.

As earlier indicated, the first Private Member’s Bill got passed by the Seventh Parliament on December 29, 2020.

This law is the Road Traffic (Amendment) Act, 2020 (Act 1054). The law amended the Road Traffic Act, 2004 (Act 683) to proscribe acts that constitute dangerous driving that result in the injury or death to the human foetus.

There are ongoing efforts to initiate two Private Member's Bills in the current Parliament. The first indication was by the Speaker of Parliament, Alban Sumana Kingsford Bagbin, to nip the activities of LGBTQI+ in the country in the bud.

The second indication is by the MP for the Madina Constituency, Mr Francis Xavier-Sosu, who has initiated the process for the enactment of a law to “establish modalities for the payment of compensation to citizens who are unlawfully arrested, restricted, detained or acquitted on appeal but who had previously served part or whole of the prison sentence.”

The enactment of Private Member’s Bill by Parliament holds the key to achieving the autonomy and effectiveness of Parliament that Ghanaians yearn to see.

Current efforts by the House would consolidate and sustain the enactment of Private Member’s Bill in Ghana to achieve innumerable benefits.

Such efforts are to be commended.

The writers are a legal practitioner/author & legal researcher, respectively