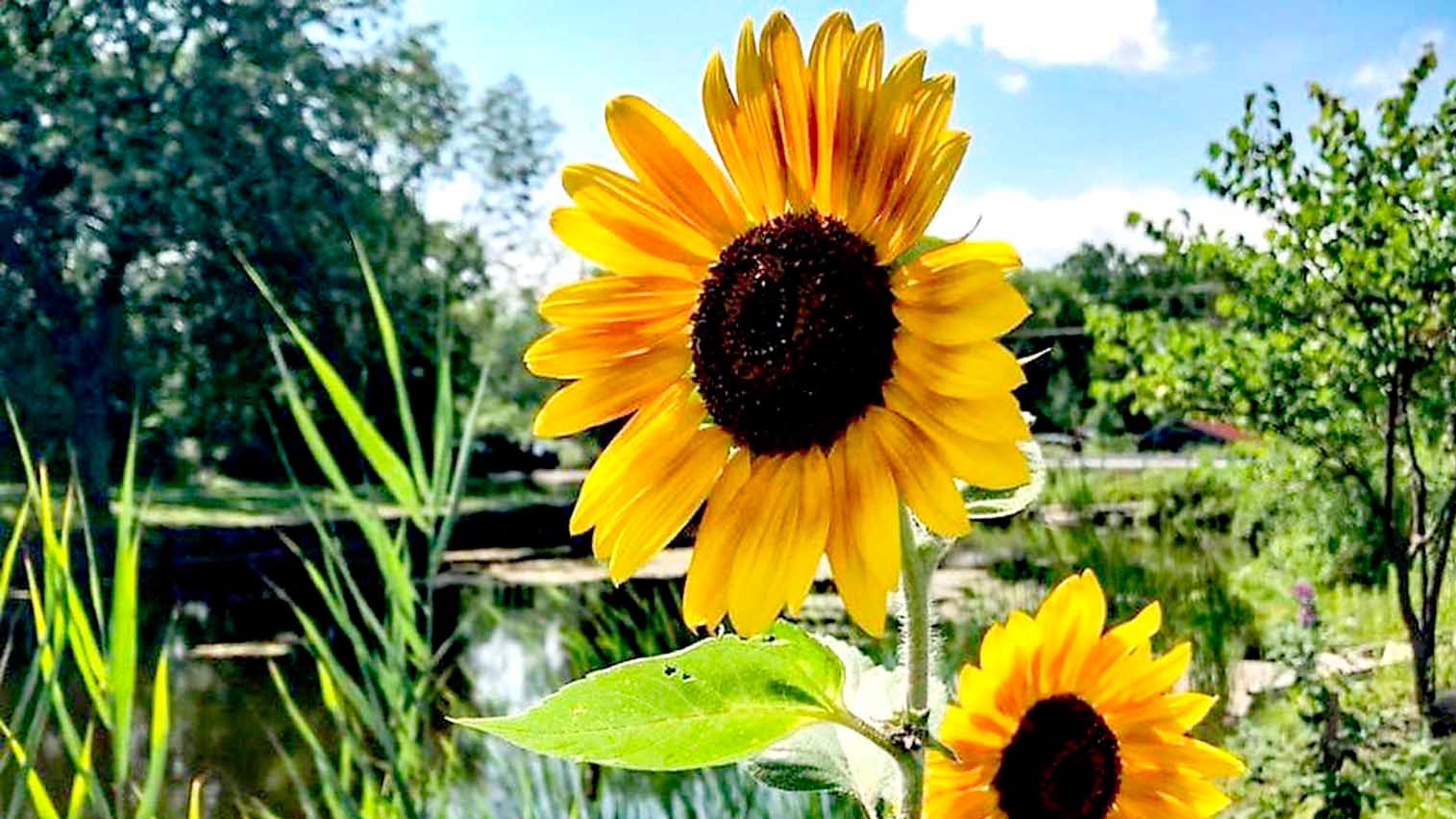 A sunflower in a mangrove. Peaceful coexistence is what is needed
30.5k Shares

Last week, the picture of a happy and embracing male and female candidate vying for the same constituency, working together, brought back memories I had long forgotten about.

While visiting China in 2010, I attended a Trade Fair in Shanghai, the Shanghai Expo 2010. Naturally, my first port of call at the EXPO was Ghana’s stand where pictures of Abedi Pele, Michael Essien and cocoa were showcased.

In Geography at school, we were taught about both mangroves and sunflowers. Mangroves are tropical plants which grow in coastal estuaries called wetlands.

Generally, where sea-water meets fresh-water in estuaries in the tropics, a maze of woody vegetation called mangrove grows.

Sunflower, on the other hand, is a plant with bright yellow flowers surrounding an inner black circle of seeds. Sunflower does not like water and only grows in arid or semi-arid conditions. To show sunflowers growing out of a mangrove swamp was, therefore, contradictory.

Recalling my knowledge acquired 50 years earlier in school, I confidently demanded from the Chinese organisers their reason for having sunflowers growing in a mangrove swamp. Impressed with my valid observation, they explained that, the rationale for putting the two ‘enemy’ plants together was symbolic.

They concluded that, while conflict is inevitable, it is resolvable if the opposing parties seek peace and harmony. That night, I asked myself why there was so much conflict among humans.

Before the December 2016 Election, the posture and rhetoric from all angles seemed to suggest Ghana was going to war. After the election success, two African friends called me to congratulate Ghana on once again showing leadership in Africa. Again in 2020, war drums are being sounded.

Do we always have to go through this?

“The value is the same!”

In a recent article titled “Robb and Zorro are all Mentholatum,” I stated that the popular Ghanaian coinage, “the value is the same” emphasises form over content. I gave a few examples of ‘tea’ representing hot beverages, mentholatum for balms and pepsodent” for toothpastes. The variety of feedback was interesting.

Responding to ‘tea’, ‘pepsodent’ and ‘mentholatum’ having attained generic status, a doctor said, to this day, every health facility in Accra is referred to as ‘Korle Bu’ by some Accra residents. Interestingly, a lady from Keta told me that, during their childhood days in the 1960s, the Keta Government Hospital was called Korle Bu. Much later, she learnt that Korle Bu in Accra was the name of Ghana’s premier hospital.

Universities as ‘Legon’
Perhaps, the most humorous is the calling of every university ‘Legon’ attributed to a former Head of State. So, there was ‘Accra Legon’, ‘Kumasi Legon’ and ‘Cape Coast Legon’ in the 1970s.

I ended what a friend calls my ‘Tomogin article’ saying that, like beverages, balms and toothpastes, Ghana has over 100 tribes! We cannot all come from one tribe but we are all Ghanaians. For, whether our tribe is ‘Robb-Nzima,’ “Zorro-Gonja,’ ‘Tomogin-Ewe’ or ‘Mentholatum-Ashanti,’ ‘the value is the same’… Ghanaian!

From my experience in China about the symbolism of the peaceful co-existence of seeming ‘enemy’ plants like mangrove and sunflower, Ghanaians are capable of accommodating whatever differences, as diversity is a fact of life.

We lived peacefully in boarding schools. Indeed, many of us still do not know where others come from. All we know is that, we are classmates and Ghanaians.

Let us not allow partisan politics to divide us!

I hope that, as the two contestants have demonstrated maturity in happily taking a picture and doing communal work together in their constituency, all victors will be gracious in victory and losers magnanimous in defeat. The more important thing is that, come December 7, 2020, Ghana must be the winner.

For, as an Egyptian officer said in my first UN peacekeeping operation in the Sinai Desert in 1975 after the Yom Kippur War with Israel in 1973, “war no good! hot afternoon, you see stars!

Fellow Ghanaians, let us swim together to greatness!