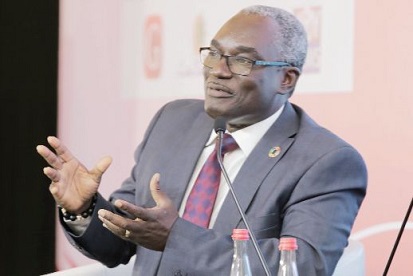 A quote on CNN's programme "Reliable sources' on Sunday, July 10, 2022, attributed to Paul Barrett of the Stern Centre for Business and Human Rights got me rethinking my thoughts about Ghana's major Issue with partisan politics and its impact on public services.

The quote is as follows: "We are basically at this point unable to have a calm discussion about this problem. And there's a weird, circular, looping-around effect. The problem itself is helping make us unable to talk about the problem.

Paul Barrett was quoted as expressing his view on the spectre of disinformation in the USA in relation to the specific issue, “ Is disinformation an unstoppable problem?”

In Ghana, one major concern that may parallel Barret's observation, gauging from contemporary pertinent media discussions at home, should be to ask the critical question, "Is patrimonial rule (also referred to as neopatrimonialism) and its attendant political patronage an unstoppable problem'

A study by Isaac Nyarko and two corresponding authors of the University of Ghana, Department of Public Administration and Health Service Management delved copiously into the avenues through which electoral politics can dampen institutions or civil service agencies in their performance.

It attributes the much talked about poor performance of the civil service over the period of Ghana's 4th Republic to the politics of the day, which is manifested in the desire of ruling coalitions to capture the state, so as to distribute the state's resources along party lines/friends/informal channels. When this happens, such coalitions will necessarily eschew supporting the state's bureaucracies to function well, so as not to hinder their ability to distribute the perks of the state through informal networks.

The study concluded that patronage appointments as and when a new incumbent assumes power, changing of organisational goals due to a change in regime, and the sidelining of the necessary agencies that have been mandated to perform their jobs form part of the many ways in which electoral politics hinder civil service performance.

One may say this situation is all well-known facts; but the question is, is this obviously deleterious fundamental national development problem unstoppable?

Politics of exclusion is not only costly, as we are witnessing daily, but harmfully retrogressive. The evidence is all too clear in the Ghanaian and African contexts.

The last time I checked, politics is rightly to be regarded as only one of six cogs in the wheel of knowledge management (KM) aimed at promoting organisational effectiveness within any given environment.

The next question is for how long shall we continue to put up with a democratic arrangement whose outturns necessarily undermine the performance of public agencies, so as to bypass formal channels of resource allocation, while distributing state perks through informal netwoks?

The public posture of operatives of our political parties alone shows that they all go to work with this cancerous assumption and expectation of "winner takes it all”, as it is commonly referred to. What happens to perpetual losers, their families, friends and their interests?

Is there any wonder, therefore, why the public sector wage bill keeps expanding due to duplicated and often triplicated roles and rewards for political expediency?

In this context, one key constitutional body whose importance has been rendered void in the maze of neopatrimonialism is the National Development Planning Commission NDPC).

What hope do we have for Ghana's total development in the midst of this apparently entrenched extremely partisan and toxic politics? And, of what value is public administration to Ghana?

So, where are we headed with our noxious politics as practiced to the exclusion of everything else?

Over to you my dear respected professors of public administration, Stephen Adei, Mike Oquaye, Emmanuel Gyimah-Boadi, Kwame A. Ninsin, and co

The writer is a Pharmacist and Consulting Member, CIMG Consult.