Discover Greece and its islands with your cruise people. 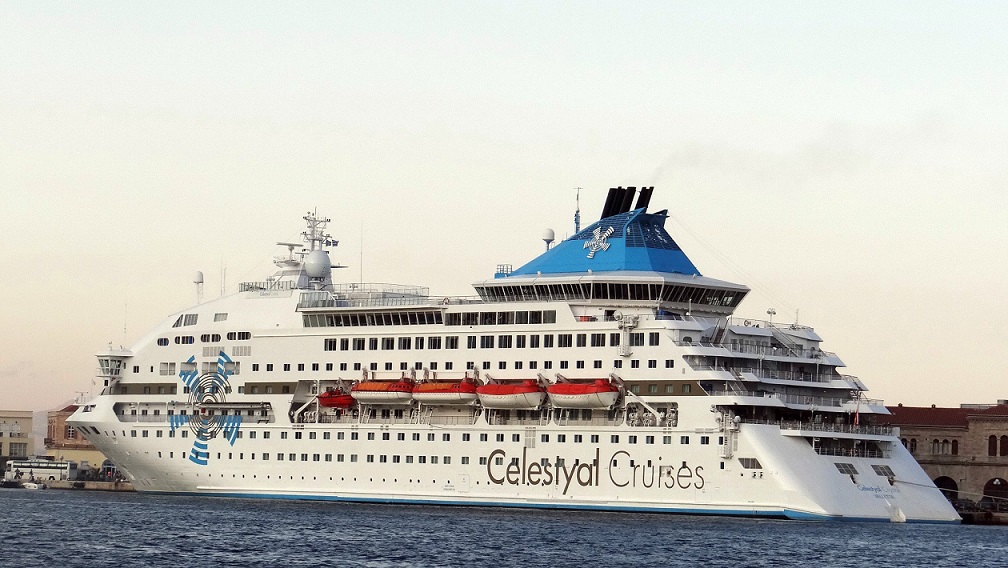 Discover Greece and its islands with your cruise people.
30.5k Shares

Cocooned within its natural boundaries, Greece is scarce to be rivalled as a holiday destination. It is not just a matter of its glorious island, but far beyond the islands you will find historic cities, picturesque villages, wildlife parks, bird sanctuaries, cultural heritages and mouthwatering local cuisine that takes its inspiration from an enchanting blend of Greece and international dishes.

Greece has got all it takes to entice and enthral the holidaymaker. If you have going on a cruise on your bucket list and crave the excitement of action, then Greece is a perfect place for you.

Come, let’s connect through music while visiting Mykonos and its famous windmills, Kusadasi (Ephesus) in Turkey- the site of one of the Seven Wonders of the Ancient World, and the fabulous Greek islands of Patmos, Crete, and Santorini.

This may be a short Land and cruise package, but you will be amazed at just how much you see. Your voyage around the beautiful Aegean may seem like a dream by the time you return.

ATHENS - ATHEN IS THE CRADLE OF WESTERN CIVILIZATION

Sun-drenched and mythic, Athens is a big and modern metropolis with inspiring world heritage marvels at its very heart. The most important city-state in ancient Greece and the birthplace of democracy is also the sprawling capital of Greece today, but most of the major archaeological and historical sites are to be found within a compact area around the Acropolis itself. With a recorded history going back more than three millennia, Athens is one of the oldest cities in the world and rightly considered to be the cradle of Western Civilization. Even a short visit of the Greek capital’s highlights, starting with the iconic Acropolis, is enough to fall under its legendary spell.

The fifth-largest island in the Mediterranean and the largest one in Greece, mythic Crete is much more than just another Greek island—its scenery and cuisine are second to none and its vaunted reputation as a repository of Minoan ruins at sites like Knossos make it a cultural contender without peer. The sheer size of the island, which anchors the southern edge of the Aegean Sea, makes it a bit of a juggernaut to see in one fell swoop but even a short visit is enough to take in some highlights. From east to west, the distance is approximately 160 miles and while distances north to south are much less, this is rugged, often mountainous terrain. Zeus, the most powerful of the ancient Greek gods, was according to legend born in a mountain cave near the center of the island. Unspoiled Mediterranean landscapes abound and are embroidered with charming mountain villages and inviting coastal hamlets, all colored by a rich cultural heritage: Crete was the starting point of European civilization in ancient times and also flourished under four centuries of Venetian rule. Here on the island of artist El Greco and Nikos Kazantzakis, author of Zorba the Greek, there’s inspiration at every turn.

Could any Greek island be more a picture of perfection than beautiful Patmos? It isn’t every place that can be called the Jerusalem of the Aegean, but then Patmos is the custodian of an exceptional cultural heritage because it is the island where John the Apostle wrote the Book of Revelation, the final book of the New Testament.

This starring role in the Bible imbues the island with an unmistakable spiritual calm that makes it truly unique in the Mediterranean and a magnet for the Christian faithful. And the atmosphere is even more special because the religious ceremonies and customs still taking place haven’t changed since early Christian times. Adding to the sense of tranquility is the fact that Patmos has no airport—as in centuries, past arrival to the island is by ship or ferry only. Approaching Patmos by sea, you can’t help but be bewitched by the chiseled contours of the coast and you’ll find that serenity reigns onshore in equal measure.

And it’s easy to understand the pull Patmos had on the imagination of the ancient Greeks. According to the myth, it was Artemis, goddess of hunting, who found the island submerged under the waves and asked Selene, goddess of the moon, to illuminate and raise it. With Zeus and Apollo joining the effort, they hoisted the island up from the seafloor. Perhaps coincidentally Patmos is shaped like a seahorse, its two main portions joined by a narrow isthmus at Skala. Just five kilometers south from there Chora, the inland island capital crowned with the fortress-like Monastery of St. John the Theologian.

Santorini – also known as Thera in Greek – is the island immortalized by poets and painters, thanks to its celebrated light, multi-coloured cliffs and picture-perfect sunsets. On this island all senses are magnified, a product of its many contrasts: black earth against whitewashed homes clinging to the cliffside, or wild volcanic sculptures against sleek Cycladic lines.

Few islands have the power to captivate the way Santorini does. Gorgeous and cosmopolitan, it’s famous for that classic Greek island look with white painted houses clustered along narrow winding lanes, perched atop reddish-black volcanic cliffs that tumble down more than a thousand feet to the wide caldera. It’s easy to see how this island, the pearl of the Cycladic archipelago, can lay claim to be the source of the legend of Atlantis, either. Santorini, or “Thera” in Greek, is most celebrated for the dramatic views of its volcanic caldera, formed during a massive eruption around 1646 B.C. That eruption shook up the island—making its center collapse—but also created some of the most spectacular scenery in the world.

No Greek island is more synonymous with carefree times, glitz and glamour than Mykonos. At just 85 square kilometers, Mykonos is a small island but it’s one that positively crackles with excitement, especially in the long Greek summer. Mykonos has very rocky terrain and its windiness (the meltemia) can sometimes surprise you, but you’ll also find some of the most amazing beaches around and a cosmopolitan vibe you simply won’t find anywhere else.

The main town, Chora, is famous for its winding lanes lined with gleaming white cubiform houses with painted blue doors and sophisticated shops and restaurants, but beyond the town, Mykonos retains a refreshingly bucolic atmosphere. In fact, Nikos Kazantzakis, author of Zorba the Greek, once wrote, "Mykonos is wonderful…the air, the earth, the dry mountain, the simple people, their dialect, the figs, the grapes, the thyme, the mint…” He might have added the madness—in a good way—because from the 1960s onward Mykonos has been a magnet for bohemians, celebrities and revelers of all stripes.

A hedonistic playground of beachside DJs and summer partying—an official brochure from 20 years ago says the island shows “a complete lack of restraint and climate truly divorced from anything that resembles an everyday routine.”

Just know that you don’t have to actually party from dusk until dawn to experience the best of Mykonos (though that’s certainly an option!)—all you need to do is surrender to the Mykonian sun for a bit, enjoy the breezes and be glad that you can experience a slice of this very special and mythic place.

TURKEY  - KUSADASI (EPHESUS) - WHERE YOUR ODYSSEY TO EPHESUS BEGINS

In the great atlas of Mediterranean antiquity, few cities shone as bright as Ephesus, part of Izmir province and Turkey's most culturally significant and best-preserved ancient city.

And Kuşadası, which dominates the gulf of the same name along this stretch of the Aegean coast, is one of the most vibrant and popular destinations in modern Turkey. It’s been an important port for centuries, hosting a variety of civilizations and, for a time, some of the most infamous pirates of the Mediterranean.

The Öküz Mehmet Pasha Caravanserai was built in 1618, confirming Kuşadası’s role as a prominent Ottoman trading center. Sizzling beaches next to sparkling blue water, lively bars and a bustling Grand Bazaar add up to exciting times in this buzzing Turkish city, but above all, it is the chief point of entry to the magnificent ruins of Ephesus. South of Kuşadası, ruins of the ancient Greek city of Miletus are located near the mouth of the legendary Meander River.