Seth Frimpong was more than a father to me — Brother Sammy 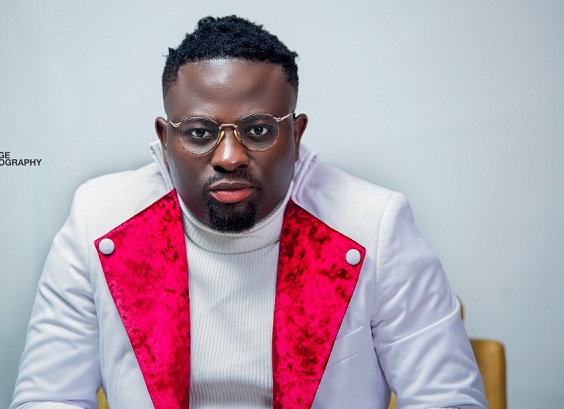 LOSING a loved one can deal you a crushing blow that will shake the very foundation of your existence, and it seems that is what is happening to Gospel singer Brother Sammy right now.

He is beside himself with overwhelming grief, which makes it very difficult for him to come to terms with the death of his mentor, Gospel singer Seth Frimpong, which occurred in the early hours of Friday, April 24, 2020, at the Komfo Anokye Teaching Hospital in Kumasi, Ashanti Region.

In fact, according to Brother Sammy, Seth Frimpong, also known as the 'Dancing Prophet', who ‘adopted’ him close to 20 years ago, was not only a mentor but a friend, brother and father to him and he “cannot believe he is gone forever”.

Speaking with Graphic Showbiz, Brother Sammy disclosed that Seth Frimpong, who took him under his wing 19 years ago, meant even more than a father to him.

“I saw him more of a father figure. In fact, I called him my father because he also treated me like a son. I met him 19 years ago and came to live with him. I did his ironing, washed his cars among others. He treated me well and I also did everything a son would do for a father.

“He was my everything and that is because he made me who I am today. He was the one who introduced me to music. He was my mentor, friend, brother and father all rolled into one.

"His passing has left me devastated. It’s been almost a week since he has been gone but it still feels like a dream. How can such a nobleman like that die?” he queried.

Throwing light on the demise of his ‘adoptive father’, Brother Sammy said the deceased had been battling diabetes for a while but recovered last month, only to die within a week after suffering a stroke.

The popular Gospel singer said he couldn’t believe it when a nurse at the Komfo Anokye Teaching Hospital called to break the news to him.

“It was like waking up from a bad dream. I was checking on him at the hospital daily just to make sure he was fine, but God knows what is best for him. I will miss my father so much. Since his death, I feel him standing behind me anytime I wake up at dawn to pray,” he said.

Sharing some fond memories with the late Seth Frimpong, Brother Sammy told Graphic Showbiz his father had a wicked sense of humour and there was never a dull moment with him, and he would cherish all the times they spent together.

Also, he described the late Seth Frimpong as a great prayer warrior who could pray for hours on end.

“He could pray for hours and hours without ceasing. He also enjoyed preaching in buses and on the streets about the Kingdom of God, as well as telling the unsaved about Jesus Christ.

“I am also going to miss the times we recorded songs together. A song like Adansedie become very huge because of that special connection we shared while putting it together,” he added.

Touching on the funeral arrangements for the late Seth Frimpong, Brother Sammy said the family was meeting tomorrow, May 1, 2020 to deliberate on when to fix the date for burial among others.

Seth Frimpong, 48, known for songs such as Alpha Ne Omega, Adea Onyame Aka No, This Is Just The Beginning, Okum Chorla among others left behind a wife and a 12-year-old son.