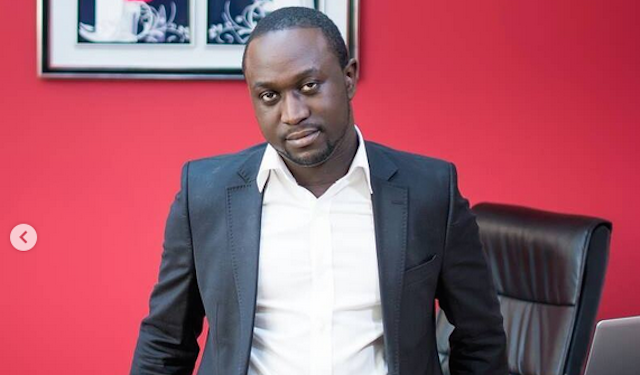 UNLIKE many players in the showbiz industry who complain that the sector is not financially rewarding despite breaking their back, the CEO of Lynx Entertainment, Richie Mensah, has disclosed that hard work must be teamed with consistency to make it lucrative.

According to the man whose outfit has made stars out of artistes such as KiDi, Kuami Eugene, MzVee, among others, a tall list of challenges almost forced him out of show business at the early stages of Lynx Entertainment.

However, the conviction that there was light at the end of the tunnel encouraged him to keep on keeping on.

Speaking with Graphic Showbiz on the sidelines at the 15th anniversary of Lynx Entertainment in Ghana at the Lynx offices at Abelemkpe recently, Richie Mensah mentioned that many of those in the creative industry wanted quick results just to flaunt the glitz and glamour that come with showbiz.

However, conquest is not immediately guaranteed in show business and he learnt that the hard way when he established Lynx Entertainment 15 years ago.

“I always tell people that the Lynx they see today was not the same 10 or 15 years ago when we started. It’s been tough and there were times I questioned myself on why I even got into this in the first place but here I am today celebrating a decade and half of my sweat,” he stated.

He added: “You need to persist in this industry if you want to make it bigger than Lynx. Keep going and fight through the challenges. Without persistence, there will be no results; we must get that understanding.

“Those coming up should also understand that the allure they see about Lynx is as a result of sweat, toils and years of not giving up.

"People will marvel if I open up on what I went through initially but today, everybody sees the glitz and glamour thinking that was attained without any sacrifice. It never works like that.”

Lynx Entertainment was founded in 2006 and the label has successfully launched the careers of some of Ghana’s big musicians such as ASEM, Irene Logan, OJ Blaq, Eazzy, Zigi, Jayla, MzVee, Dope Nation, KiDi and Kuame Eugene.

This year, the likes of Camidoh’s Sugar Cane, Kelvin Boy’s Down Flat and recently Black Sheriff’s Kwaku The Traveller have made strong leanings on the international front.

Speaking about these breakthroughs, Richie Mensah, a former student of Achimota School, said he had never been in doubt about the potential of Ghanaian artistes.

“Are we saying we don’t know that the best talents come from Ghana? Ghana’s challenge is that we lack connections, networking and the right people to take us there but that is changing. Right now, the world is watching us; there’s no time to play,” he said.

As part of the company’s plan’s to widely support the creative sector, Richie Mensah announced the expansion of Lynx Entertainment into Lynx Group of Companies.

The Lynx Group of Companies is made up of Lynx Entertainment, which is a management company; Lynx Studios and Tigon Creatives, a video and photos production company respectively.