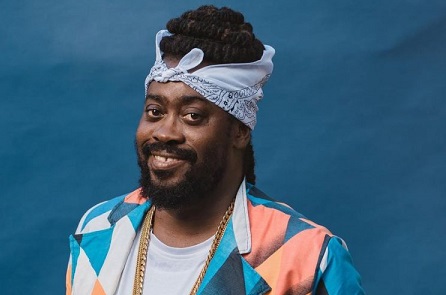 Jamaican Dancehall artiste Beenie Man says he is happy to be in Ghana, a place he considers as his home.

Beenie Man, who arrived in Ghana for Stonebwoy's Bhim Concert on Sunday, December 19 where he is a guest performer also says he is ready to entertain patrons who will make it to the Grand Arena of the Accra International Conference Center on Tuesday, December 21 for the show.

In an interview with Jay Foley on Prime Morning Show on Joy Prime and in some videos he posted of himself on his social media pages monitored by Graphic Showbiz, Beenie Man said, "Ghana is home, I am really happy to be here and I want to tell my fans and followers of Stonebwoy that they need to come out in their numbers."

"If you know you will not be there to have fun, please stay home but all the same, it will be a good night. Just as the name sounds 'Bhim' means 'be in' so you can't miss the Bhim of Hope Concert."

Beenie Man, who collaborated with Stonebwoy on the song Shuga, also described the Kpoo Keke hitmaker as his son. "Stonebwoy is my son, also a brother, a companion and we have a good working relationship," he stated.

Stonebwoy also acknowledged the affection from Beenie Man saying, "Yes, that's right. I heard of him and gained interest in what he does when I was age 17. I used to watch him on the screens and it's a good feeling that we are here today."

He also hinted that they could work together on other projects in the future. "People will see more of us in the future, we have a good relationship so yes there will be more," he stated.

Some of the artistes also billed to perform at the Bhim Concert include, Efya, Mr Drew, Sefa, Dope Nation, Kofi Jamal, Fameye among others.

The Bhim Concert is part of Stonebwoy’s vision to showcase Ghana’s musical richness while promoting his brand. He recently organised a three-city musical tour to entertain music fans in the United Kingdom, performing at the O2 Academy Islington in London, the Academy 3 in Birmingham, and the O2 Institute 3 in Manchester.