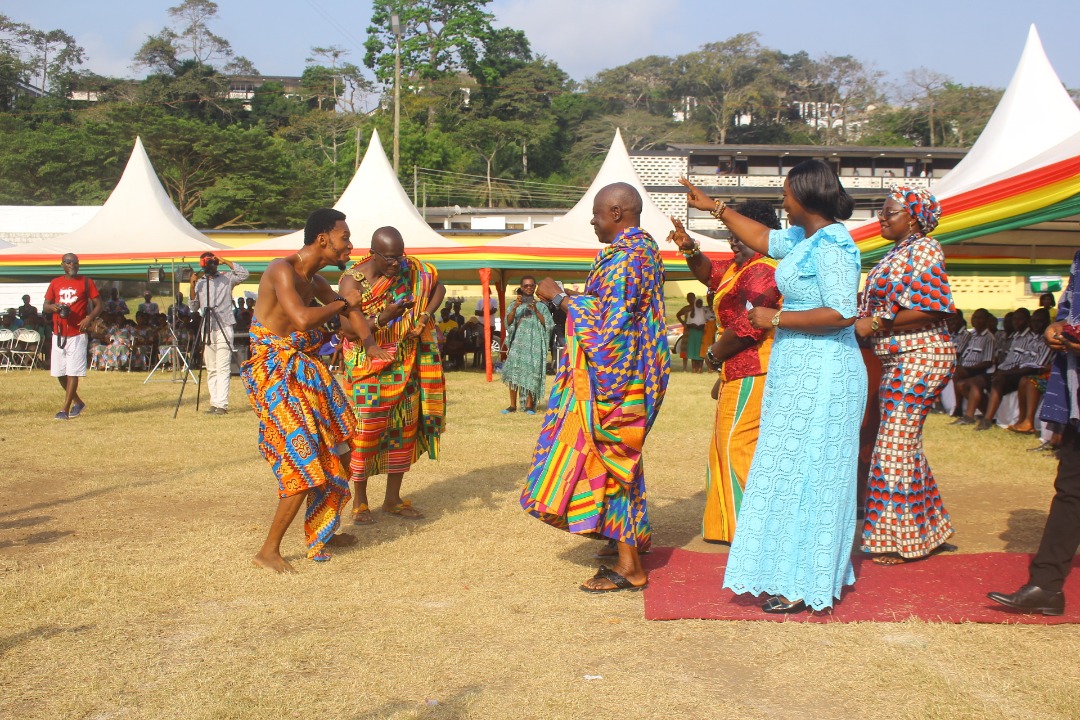 With her majestic dancing steps, calculated body moves and captivating smiles before a chief, Mrs Justina Marigold Assan, the Central Regional Minister, had no idea she was offering herself for marriage.

"l was later prompted by a linguist that a lady dancing before chiefs is a sign of availability to attract their proposal. So, I stopped immediately and now I have vowed not to dance in front of a chief again," she said amidst laughter and cheers from the audience.

The Minister was sharing her experience and lessons learnt from the customs, traditions and culture at the National Festival of Arts and Culture (NAFAC) in Cape Coast.

To her amazement, she revealed that she received a phone call immediately after the dance from a chief, whose name she did not mention, proposing to her, adding; "ignorance in our customs and traditions cannot be taken for granted. It's no joke."

"l nearly committed a blunder ooo," she said as the audience screamed in excitement over the incident.

Mrs Assan observed that the event was not only entertaining but also very educative with many lessons to take home, commending the organisers and participants for its success.

She, therefore, called for the incorporation of the teaching and learning of Ghanaian traditions in the education system to improve the quality of life of the people.

The NAFAC, she noted, should be a platform to enlighten the people more on the cultural practices and traditions, their unique identity.

The Central Region put up a splendid show when it enacted the installation of the Safohen (Chief Warrior) to the admiration of the audience.

NAFAC is celebrated every two years on rotational basis to provide a platform to showcase the diversity and richness in Ghana's ethnic and regional cultures to stimulate peace and unity.

The last time the Central Region hosted the event was in 1996, some 26 years ago.