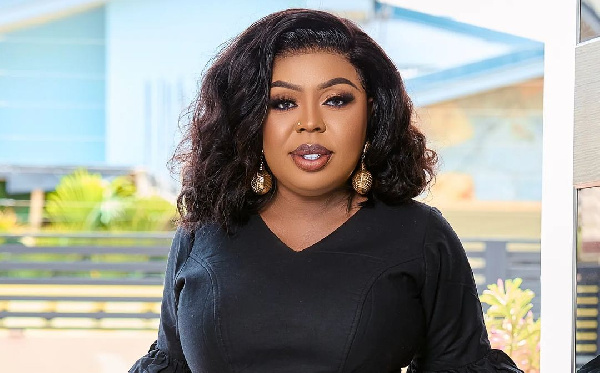 Showbiz personality, Valentina Nana Agyeiwaa, also known  as Afia Schwarzenegger, has rendered an apology to the Tema High Court on her contempt related comments made on  United Showbiz programme on UTV.

The court, Presided over by Justice Emmanuel Ankamah has indicated that the fate of  Afia Schwarzenegger in relation to the case would be known on January 17 next year.

In her statement, Afia Schwarzenegger said she,  against better judgement, was a panellist on the aforementioned show which discussed among other things, a matter that was before the court.

"Whilst it was never my intention to delve into the substance of the matter, | have come to the realisation, though belatedly that my conduct and comments, should have been measured by caution and restraint." she said

She said the  discussion on the show had the tendency of bringing the authority of the Court into question and upon sober reflection, she was  unreservedly apologising for her actions and conduct and any role she played in the events that ensued on that programme.

"| will always from hereon endeavour, to conduct my affairs in a manner that will not cause public disaffection nor seek to undermine the Courts of our land. As | said on that fateful day, | respect our courts and their authority, and | urge my fans, sympathizers, and followers to learn the right lessons from all that has transpired.

"I  believe and trust in the authority of our courts to deliver justice where it is due, and I shall continue to trust that the substantive matter will be adjudicated fairly and justly." she said.