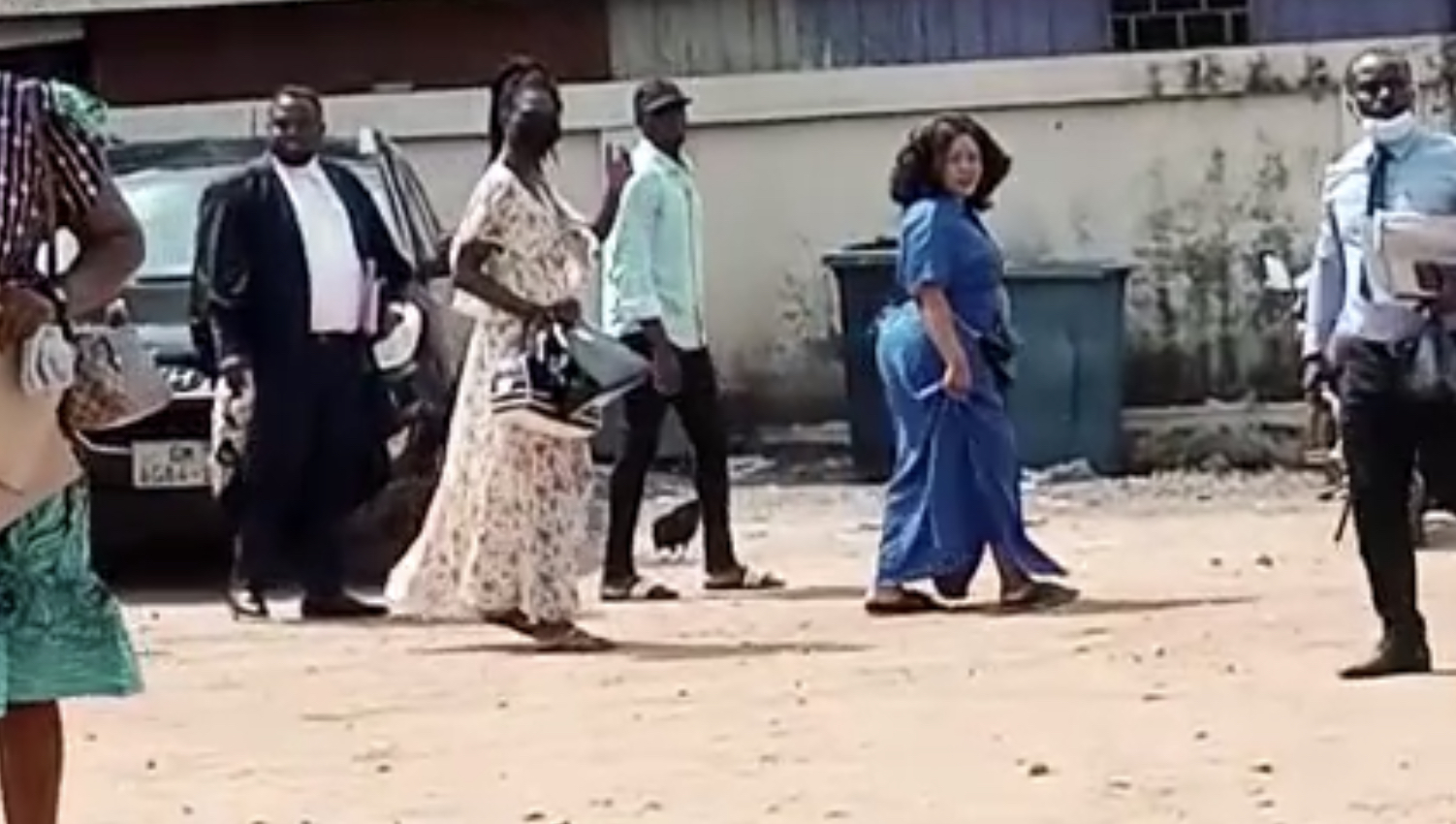 The Tema High Court will determine the fate of socialite Valentina Nana Agyeiwaa, popularly known as Afia Schwarzenegger on January 17, 2023 after she showed up in court today

The court, presided over by Emmanuel Ankamah on Tuesday (December 20, 2022) took the decision to decide her fate on January 17 after counsel of the Afia Schwarzenegger, Adrian Duke Amaning moved a motion on notice for a filed variation of the sentence imposed on her.

The Court on December 1, 2022 sentenced Afia Schwarzenegger to 10 days in prison for contempt of court.

She was not present when the judgment was pronounced and the court issued  a bench warrant for her arrest.

Her legal team however triggered processes and subsequently produced her in court today (December 20).

Afia Schwar reported early to court on Tuesday (December 20, 2022 in the company of her lawyer and other relative for the hearing of the case.

When the case was called, lawyer for Afia Schwarzenegger, Adrian Duke Amaning moved a motion on notice for a variation of the sentence.

Coming under Order 50 Rule 4(1) and Rule 5 of the High Court (Civil Procedures) Rules which deals with suspension of an order and discharge of a person committed respectively, he prayed the court to suspend the sentence.

Mr Amaning further indicated that her client had shown remorse and came to court with a written apology which she intended to tender in court.

He further sought permission of the court to have her client publish the apology.

Lawyer Maurice Ampaw, counsel for Bernard Antwi Boasiako, popularly known as Chairman Wuntumi who cited Afia Schwarzenegger for contempt, however opposed the application and prayed the court to uphold the custodial sentence handed down on December 1, 2022.

The Presiding Judge, Justice Emmanuel Ankamah after hearing the arguments from both sides adjourned proceedings to January 17, 2023 adding the convict will know her fate on January 17, 2023.

Afia Schwar and three other contemnors in the case filed by businessman and Ashanti Regional Chairman of the New Patriotic Party (NPP), Bernard Antwi Boasiako also known as Chairman Wontumi, were convicted on December 1, 2022.

A fourth person Fadda Dickson Narh, an Executive Producer of United Television (UTV), was pardoned by the court after the court held that he showed remorse before the case was brought to it by causing a publication to be made on UTV apologising.

Afia Schwarzenegger, who was also a panelist on the United Showbiz programme aired on UTV was sentenced to 10 days in prison for contempt of court.

She was however not in court and therefore a bench warrant was issued for her arrest.