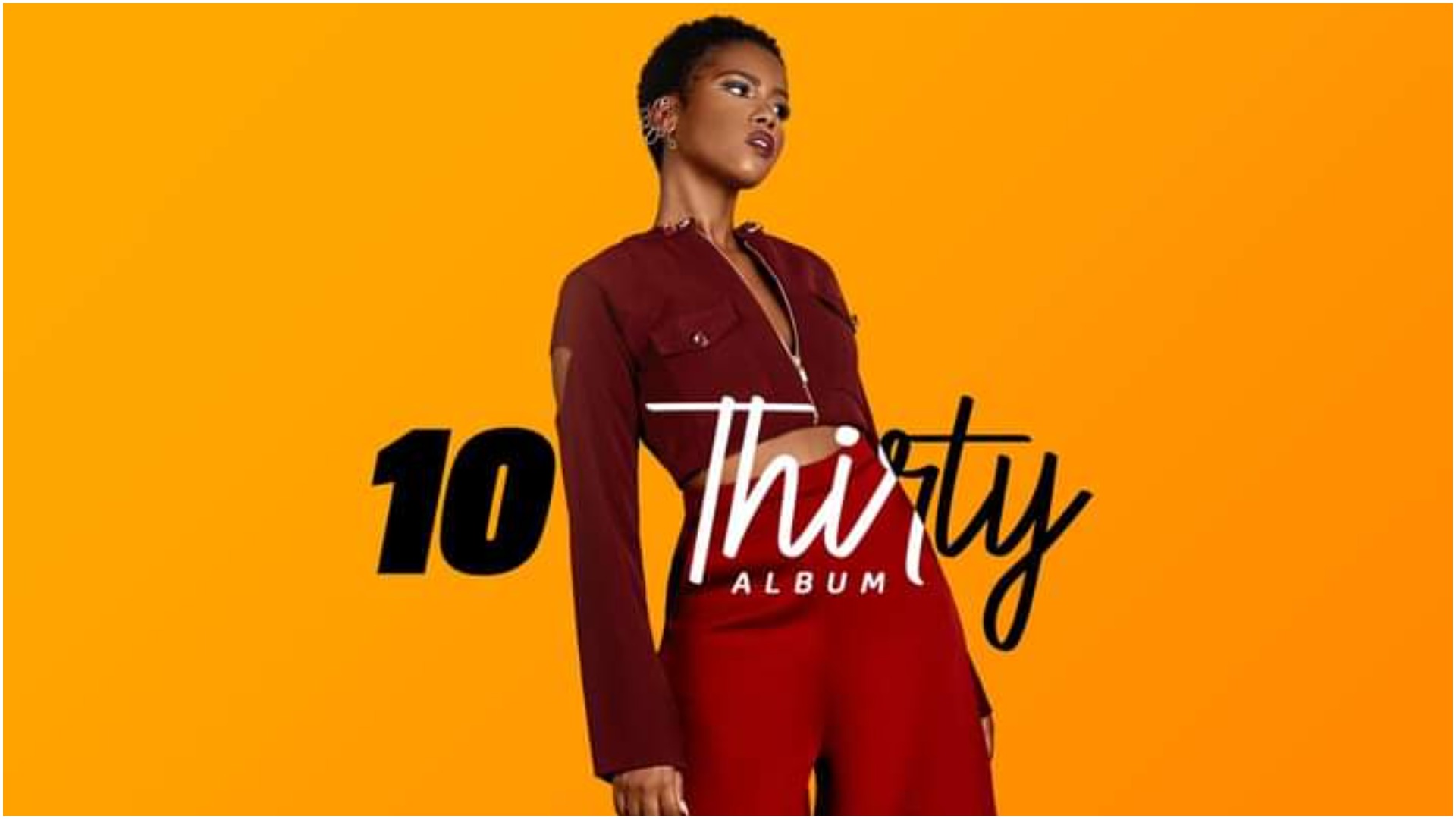 The body of work comes as MzVee celebrates 10 years in the music industry and marks her 30th birthday, hence the title.

MzVee has defied all odds and maintained her relevance in the Ghanaian music scene since 2012.

Over the past years, she has successfully dropped four albums with the most recent one being 'InVEEncible' released in 2020.

This latest L.P is expected to showcase the beginning of a new journey for the songstress, as she recently turned 30 this June 23.

As highlighted in a series of social media posts to hype the album, MzVee noted that "10 years in the Ghanaian music industry has been such a ride. #1030 album loading. Ready for the next chapter."

In another post, she wrote "I will always love you vee. One day the world will hear your story."

At a private listening session, MzVee described the body of work as a summary of her life’s roller-coaster ride.

On the album recording process, she indicated that “it was so much fun recording this album. It has different feels and it took like a year for me to finish.

I recorded over 50 songs and we narrowed it down to 10 songs. It’s like the usual recording process. It’s mostly vibes. I wrote some of the songs on the album and I’m really proud of these songs because when I have a private listening in my home, some of the songs I wrote were people’s choice."

MzVee shocked the world when she got onto the red carpet at the recently-held VGMAs in a low-cut hairstyle, drawing the cameras' attention. This was the first move to announce the forthcoming album.

In a video of the hair-cutting process, she captioned the post "A woman who cuts her hair is about to change her life."..... Cutting my hair was such an amazing and scary experience at the same time! I am so ready for the next chapter of my life. Celebrating 10 years in the Ghanaian music industry and turning 30 years in a few weeks."

Colleague musicians, celebrities, and Fans thronged her comments section with congratulatory messages, sharing how excited they are about the project.

The singer released her fifth studio album christened '10Thirty' on June 23 to mark a decade on the Ghanaian music scene as well as her turning 30.

The '10Thirty' experience was a sight to behold as hundreds of fans turned up at the venue with celebrities present as well to show support for one of Ghana's most successful female musicians.

Some dignitaries present at the event were French Ambassador Anne Sophie Avé, Lynx Entertainment CEO Richie Mensah, owner of Front/Back, Osu amongst others.

MzVee's album was auctioned on the night, with the highest bid going for 20,000 pounds, purchased by a private businessman.