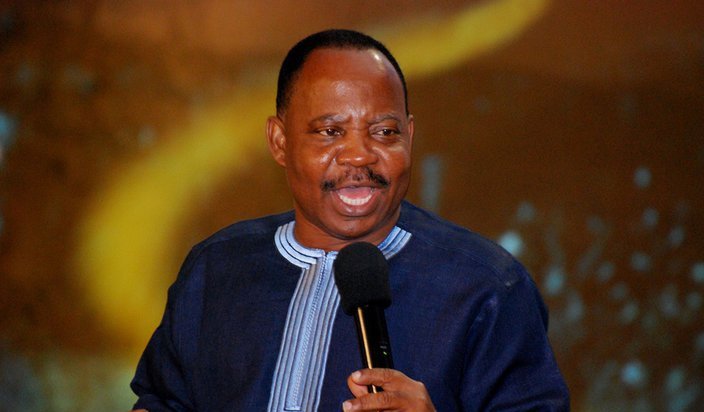 He has ministered full time as a Pastor winning  souls for Christ for the past 40 years.  Thirty solid years of his life have also been dedicated to forming and leading the congregation of the Calvary Charismatic Centre (CCC), headquartered in Kumasi.

Pastor Ransford is of the firm belief and insists that like Christ, leaders of all Christian denominations must lead their congregation and groups by example every day of their life just as Christ taught and lived.

With this, simplicity and integrity has been his hallmark in a church where he is affectionately called Pastor Ransford and the home where he is a husband and a father of Joshua and Eunice.

Considered as a chip of an old block, Pastor Ransford's son, Joshua, also received the calling and is currently a full-time pastor, ministering the word of God.

For Pastor Ransford, the ultimate goal is a place in heaven when the knell is tolled and God sits in judgement. To attain this, he admonishes that every step, utterance and interaction of everyone who confesses the Christian faith must be acceptable to God.

The Great Commission by the Lord and Master Jesus Christ is a cardinal theme in the messages and mission of the church and members are reminded, encouraged and taught to accomplish this commission by Christ Jesus.

‘’Therefore go and make disciples of all nations, baptising them in the name of the Father and of the Son and of the Holy Spirit and teaching them to obey everything I have commanded you. And surely I am with you always, to the very end of the age.”(Matthew 28:19-20)

The church has a strong mission team that mobilises clothing and other material things and had been preaching the word of God in some remote parts of the country, especially the Northern Region while at the same time supporting their material needs.

The church has also sent missionaries to the UK, USA, Jamaica, Cote d’Ivoire, Burkina Faso, Senegal and other countries around the world.

As part of his usual ways to touch humanity and support the sick, Pastor Ransford initiated a yearly blood donation exercise four years ago to mark his birthday but decided to extend the exercise to all its branches in the country this year.

To give practical meaning to his admonition that leaders must lead by example, he as usual donated a pint of blood and encouraged his church members across the country who donated a total 730 pints of blood on a single day, June 4, 2016.

This, he explains, is to stock the various blood banks in the country and help save lives.

The pastor expressed worry that mankind, especially Ghanaians, would find themselves in need, because God created  the world and stocked it with abundance of resources and enough of everything for the increasing number of people who would live on earth at all times.

Unfortunately, the world in general and Ghana in particular was experiencing great need due to the selfishness, greed and corrupt leaders  and urged people to refrain from such acts, which he said were  not acceptable to God.

On the occasion of his 60 birthday, this is what his age-old friend, Dr Mensa Onoma Otabil, said about him: God has expanded you and made you a testimony to many of us. I treasure your commitment and friendship.

“Throughout all these years when many men and women of our age have not been able to hold steadfast in their faith, you have held steadfast in faith  and your character and testimony speaks to it. Sixty years is not just  an accumulation of years but a life well lived.”

Sharing her good wishes on the occasion of her husband’s birthday, Mrs Joyce Obeng started with a maxim that says “tough times do not last but tough people in Christ do” and went on to encourage his sweetheart that though he had fought a good fight, the battle was not over.

“Your commitment and dedication are awesome, your generation will remember you. I am grateful for being my  husband. You are a strong and energetic man full of wisdom and grace, ayekoo”, she added. 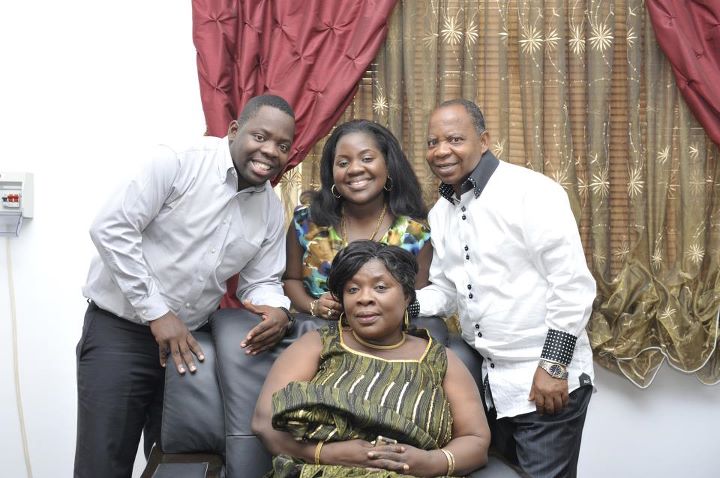 Throughout the years, Calvary Charismatic Centre has focused on impacting the world with the truth of the gospel through  church planting and mission programmes. The leadership of the church has ensured consistent financial support to mission projects in Burkina Faso, Cote d’Ivoire, The Gambia and several others locally in Ghana.

Through several initiatives, CCC has partnered others in planting over 340 mission churches across Ghana and beyond.

True to the word of God in the scriptures, Pastor Ransford has not had it easy for his decision to stick to the unadulterated word of God and win souls for Christ.

First, it was said that an English assembly would not survive in Kumasi, this claim by some skeptics three decades ago had been proven wrong by the grace of God with the ever-increasing congregation, not only at the headquarters but the multiplication of more English congregations in and around the Garden City.

His decision not to compromise on the unadulterated word of God led to a lot of battles, both spiritual and physical, but the will of the ever-living and faithful God prevailed and now the CCC, which was described as dead at birth, has 380 branches.

Pastor Ransford was born on June 6, 1956 at Gyakiti, a town in the Asuogyaman District in the Eastern Region. He had his basic education at the Gyakiti Presby Basic School, proceeded to the Air Force Base Middle School and then to the Southern Ghana Bible College.

Though he passed his common entrance examination three times, he did not have any support to further his education.  Over the years, he educated himself through diligent study conferences and leadership training programmes .

At an early teen age, he yielded to the voice of God and gave his life to Jesus Christ.  As a young man, he lived and experienced life in different parts of Ghana as he followed his parents on occupational transfers. His decision to heed to God’s call took him to his first ministerial station at Sope, a remote community in the Volta Region of Ghana. A place he constantly recalls eating an odd local dish, konkonte with hot pepper.

With total trust in God, Pastor and Mrs Obeng together with the leadership of the church, have weathered the storm and braved challenges over three decades to raise a church of over 7,200 strong members with over 380 branch churches planted across the country and beyond.