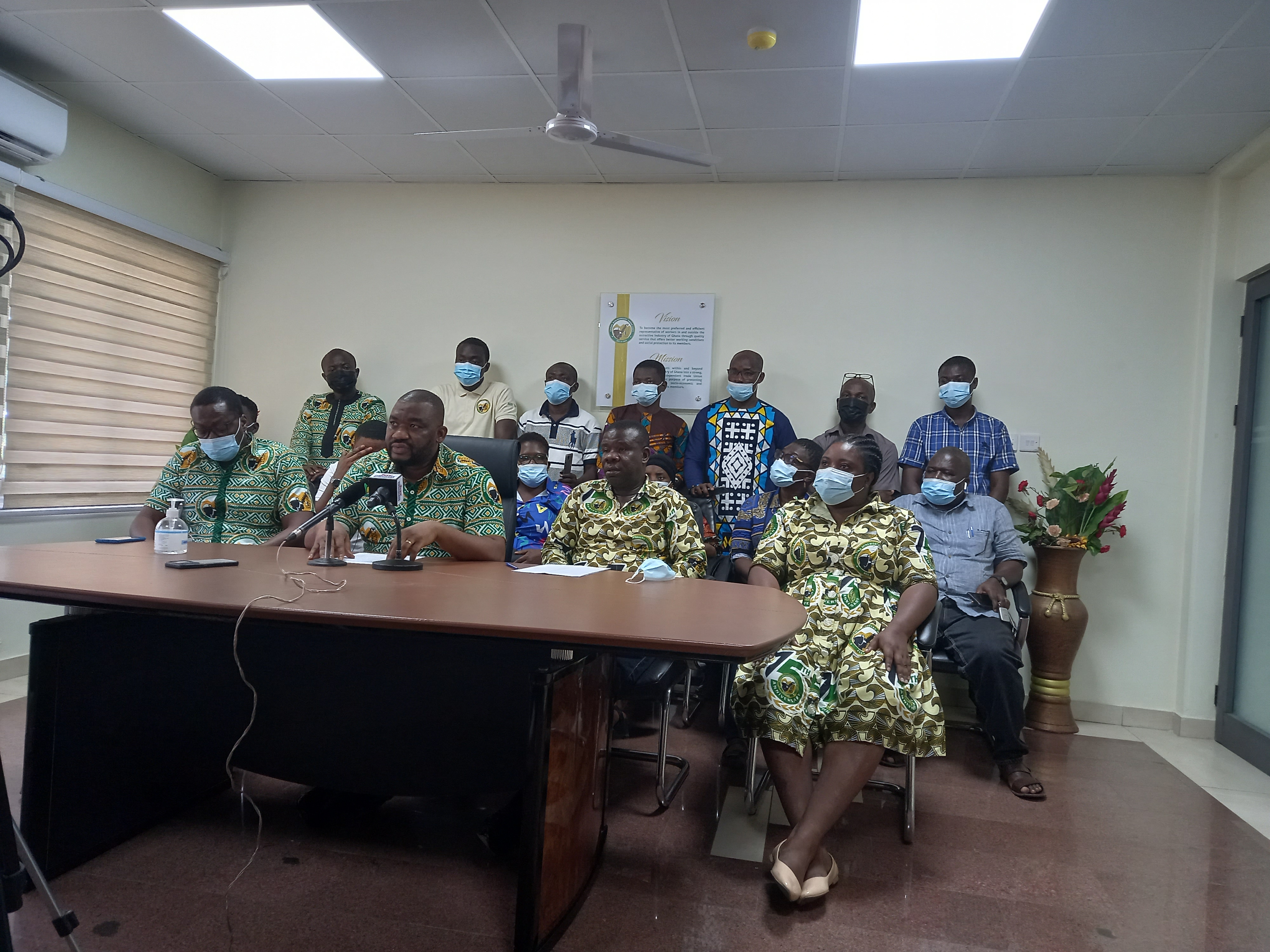 The Ghana Mineworkers’ Union (GMWU) has commended government for the passage of the Mineral Development Fund Act 2016 (MDF Act 912) and the setting up of a Secretariat for the fund, all aimed at promoting socio-economic development in the various mining communities in the country.

It said the move was a substantial step towards responding to the deteriorating infrastructure and its deficit in those communities.

However, it said, the legislative framework was not a panacea to the problems confronting the mining communities.

At a press conference in Accra on the occasion of the maiden mineworkers’ week celebration, the General Secretary of the GMWU, Mr Mr Abdul-Moomin Gbana, raised some reservations about the operationalisation of the MDF and by extension, the pace of development in mining communities.

He alleged the sliding nature of the mineral royalties’ calculator selectively applied to some mining companies in the form of Stability and Development Agreements (SDA) entered with the government was a regressive fiscal policy.

“The current sliding scale is only a function of gold price and not gold production. In order to ensure the full realisation of mineral royalties for its intended use under the MDF it is important to reconsider the use of the sliding scale and apply a flat rate,” he said.

It has also advocated an increase in the annual mineral royalties’ allocation to the MDF from the current 20 per cent to 50 per cent to help ensure the transformation of mining communities as envisaged in the MDF Act.


Need for a fund

At the same time, the GMWU has called for the setting up of a Mining Sector Infrastructure Fund (MSIF) under the MDF when its share of annual mineral royalties was increased to 50 per cent as proposed earlier.

It said 30 per cent of the fund would focus on addressing the infrastructure gaps of the mining communities on a more sustainable basis.

“It is four years now since the setting up of the MDF and we are calling on the Parliamentary Select Committee on Mines and Energy and by extension Parliament to pay particular attention to the activities and accountabilities of the MDF, in order to ensure that mining communities benefit fully from the fund,” he stated.


Mining and the economy

According to the union, Ghana had a long history of mineral endowment with sizeable deposits of manganese, diamonds, and bauxite, with gold accounting for more than 95 per cent of mineral revenues.

In 2020, producing mining companies paid a total of about GH¢4.5 billion direct taxes and about GH¢1.4 billion in mineral royalties.

The rest of the MDF share of royalty funds go to the Office of the Administrator of Stool Lands (50 per cent), Minerals Commission (13 per cent, Geological Survey Authority (eight per cent), research (five per cent) and Ministry of Lands and Natural Resources (four per cent).

The GMWU said despite these revenues, Ghana continues to experience disappointing results in translating this mineral wealth into broad economic development for the benefit of its citizenry especially host mining communities.

It said most of these inhabitants are most often victims of all the social, economic and environmental ills such as the displacement of indigenous communities, loss of livelihoods, conflicts and human rights abuses, diversion of watercourses, and loss of biodiversity due to environmental destruction, caused by mining activities.

“In all our recent engagements, one key issue that has dominated our discussion is the glaring infrastructural deficit in mining communities with emphasis on the deplorable state of the road network.

“Consequently, we have resolved to join in the crusade to ensure the accelerated transformation of mining communities and in fact ensure the full realisation of the benefits of the MDF,” he added.