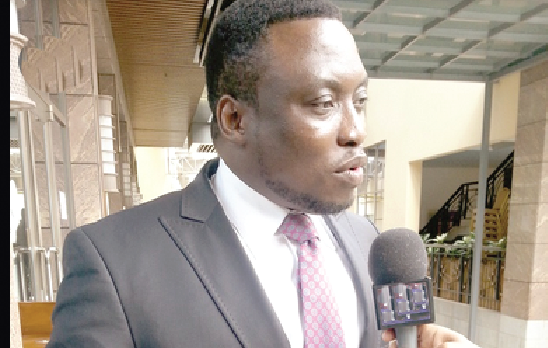 An international investment banker, Dr Samuel Ankrah, has advised the Minister of Finance to use the upcoming 2021 Mid-Year Budget to spell out clearer policies that will shift the focus from the macro side of the equation to micro where real jobs can be created for the mass of the people.

According to him, the growth numbers at the macro side can only be meaningful if it is translated into micro where the impact will be felt by the majority of the people, particularly those without any source of livelihood.

Sharing some thoughts on what to expect in the mid-year budget review on Thursday, Dr Ankrah also noted that the budget review should not be used to only announce income and expenditure patterns but spell out measures to solve the myriad of problems within the economy, particularly the lack of jobs.

He said for instance that there was the need to create more micro level institutions and also ensure that the existing ones were properly regulated to achieve the purpose for which they were created.

The budget review, which is in accordance with Article 179 of the 1992 Constitution and the Public Financial Management Act 921, will give the fiscal authority an opportunity to revise macroeconomic targets and present a comprehensive economic outlook for the rest of the year based on inflows and outflows within the last six months of the year.

Narrowing down to the relevant institutions, Dr Ankrah mentioned MASLOC among others and noted that the Finance Minister should be able to ensure that those institutions and others worked for the good of all and not to divert funds to party foot soldiers at the expense of the majority.

“A good example of a micro-level institution to support small and medium scale enterprises is the Ghana Enterprise Agency (GEA) and so all efforts must be made to model the others around the agency to ensure that money meant for SMEs are given out without party colouration,” he said.

“The performance and functions of the GEA needs to be emulated and even expanded for the others to follow because it is critical to create opportunities for start-ups,” he added.

Dr Ankrah also urged the Finance Minister to outline measures by the government to create an enabling environment for new banks with a special focus on SMEs to be created.

“We need such banks in the system because the current structure does not really allow the universal banks to support SMEs the way they should,” he said.

According to Dr Ankrah, the problems of unemployment among others will be brought to the barest minimum if SMEs were created and supported by specialised banks.

With regard to the country’s public debt, Dr Ankrah described the levels as disturbing and called for a more substantive plan to reduce it without hurting the economy.

According to the May Monetary Policy Committee (MPC) of the Bank of Ghana report, financing of the fiscal deficit in the first quarter was mainly from domestic sources, which pushed up the stock of public debt to GH¢304.6 billion at the end of March 2021, compared with GH¢292.7 billion at the end of December 2020.

Meanwhile, the Investment banker praised the managers of the country’s monetary policy, saying “Monetary Policy has been very good. In the last seven months, the cedi has been reasonably stable. Inflation has been controlled very admirably and we should be able to see policies that will enable the trend to continue.”