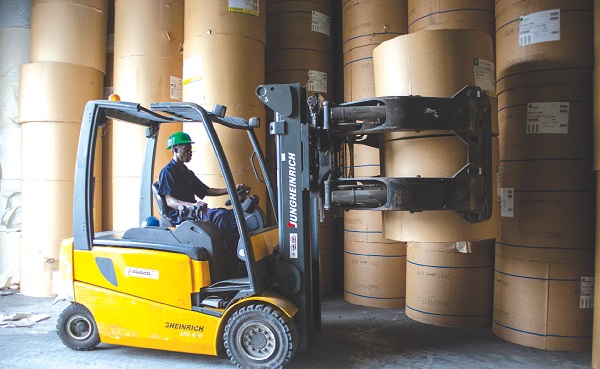 The Industrial and Commercial Workers (ICU) has described the government's collaboration with Graphic Communication Group Limited (GCGL) to produce printing papers locally to feed the local market as quite laudable.

It has, therefore, commended the initiative.

“It would not only benefit the nation in foreign exchange appropriation for import of printing papers but also create employment for the youth and maximise GCGL's profitability.

“While supporting the laudable initiative, we hope government would walk the talk to enable the paper and print media count their blessings once again and continue to contribute their quota to the socio- economic advancement of our country,” the ICU said in a reaction to the 2023 Budget Statement.

The bane of the country, it said although was the high rate of unemployment that required deliberate policy and total commitment to address same, the government had opted to walk the path of a freeze in employment, a move which was most unfortunate.

It said it was trite knowledge that the resultant unemployment arising out of this policy would have a negative ripple effect on the Ghanaian economy.

“It is, therefore, needless to emphasise that the government should not have even considered it, as it is a recipe to derail the fight against unemployment which has risen to an all-time high level.

“The ramifications of unemployment on the National economy are wide and varied, and are potent invitation of social vices, especially among the youth, in the society,” it emphasised.

The ICU noted that the freeze on employment could never have any positive effect on the national economy and that it would rather exacerbate the already precarious economic situation in the country.

It said the union found it strange that such a proposition should find space in the 2023 budget.

“We suggest that, in the best interest of the national economy and for the benefit of the unemployed, especially the young graduates who have been churned out from the various tertiary educational institutions of the country, the government takes a second look at the freeze of employment in the civil and the public service, to alleviate the plight of the unemployed graduates.

Regarding the Value Added Tax, the ICU indicated that the 2.5% increase in the tax specified in the 2023 budget had received a wide criticism by the general public as it bodes further economic hardship for the ordinary man.

It said one would have thought that with the current economic hardship confronting the ordinary man in the street, government would have rather reduced or abolished some of the nuisance taxes to ameliorate the suffering of the ordinary Ghanaian who bore the brunt of the taxes, and not to worsen the tax burden on citizenry with an increase in the VAT.

“The reduction of the e-levy on electronic transactions by 0.5% is welcomed, but we think the removal of the threshold will not inure to the benefit of the ordinary man. We therefore suggest that government reconsider its decision on that,” it said.

On the just-ended farmers’ day, the ICU commended the country’s gallant farmers for their good work towards nation building. Indeed, the agricultural sector which encompasses food, and cocoa continue to remain as the key driver of the Ghanaian economy in spite of the oil find and exploration.

“We could not have progressed as a nation without the toil and sacrifices of our farmers who opted for farming to feed the nation as opposed to clamouring for white-collar jobs as some of their compatriots do.