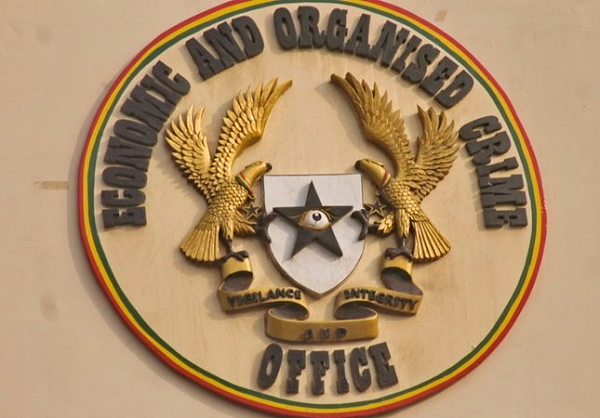 The Economic and Organised Crime Office (EOCO), has retrieved GH¢27.55 million from proceeds of crime for the state in a period of ten months.

The recovered amount is almost double of monies recovered between 2019 and 2021.

This was contained in the budget statement read on the floor of Parliament last Thursday November
24,2022 in Accra.

Finance Minister, Ken Ofori-Atta reading the statement said as at th end of September 2022 out of the total amount retrieved GH¢11.14 million were directlybrecovery into the Consolidated Fund while GH¢16.41 million were indirectly recovery to other institutions.

The development is a record high for EOCO which had in the past been recovering an average GH¢5 million for the country for almost the same period.

Out of the total investigated cases, the Office has secured a court conviction, while five cases had been dismissed and 19 casee were currently under under trail at various courts. T

It also embarked on three outreach programmes on human trafficking and irregular migration.

In the budget statement, the House heard that EOCO in 2023 anticipates investigating 450 cases, out of which over 50 cases would be prosecuted. On publica education and awareness creation, the Office intends to carry out 60 sensitisation programmes on cybercrimes, 55 on gaming, and five outreaches.

On the development, the Executive Director of EOCO, Commander of Police (COP) Maame Yaa Tiwaa Addo-Danquah, said her organisation was committed to improve on its recovery rate and retrieve more funds for the state.

In the coming years, she said was positive the Office would retrieved twice the amount recovered and reported in the 2021 budget statement.

She commended the management team and all officers of EOCO who continue to work hard with dedication.

Since assuming office COP Addo-Danquah and her management team have intensified the collaborative work with other state agencies to fight orgainsed crime.

This has been seen in the increased courtesy calls on heads of sister institutions and closed door discussions between leadership of EOCO and such organisations.