Consolidated Bank to facilitate trade between Ghana and Singapore 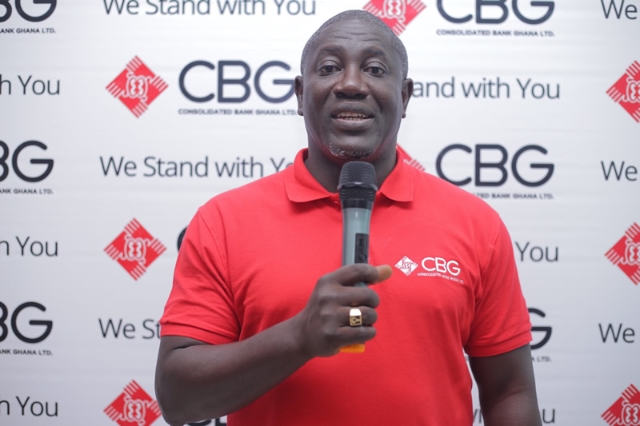 Consolidated Bank Ghana (CBG) has backed efforts by the government to build a strong partnership with Singapore in order to increase trade and investment between the two countries.

CBG, which is a leading indigenous bank, believes such a partnership will be in the strategic interest of Ghana, and therefore, deserves to be supported.

The Managing Director of CBG, Mr Daniel Wilson Addo, announced this at a recent dinner organised by the Ministry of Finance in honour of the Senior Minister of Singapore, Mr Tharman Shanmugaratnam.

He said the bank was poised to facilitate trade between Ghana and Singapore, adding that CBG had provided world class banking and would accordingly leverage on its expertise and understanding of the Ghanaian economy to support Singaporeans seeking to do business in Ghana.

The Bank earlier that day held a business forum for the Singaporean delegation, where there were presentations on the bank’s operations as well as another on the tax regime in Ghana by PricewaterhouseCoopers (PwC) Ghana.

CBG has consistently demonstrated its commitment to trade and investment by earlier in the year hosting a separate Singaporean delegation.

The dinner, which was attended by the Vice President, Alhaji Dr Mahamudu Bawumia, top government officials and business executives was part of ongoing engagements to strengthen the relationship between the two countries.

The night was lit with good music, hearty chats, mingling and food. The band played beautiful renditions of local jazz music upon request from the special guest.

The Singaporean Senior Minister described Ghana as a serious country based on the depth and quality of discussions he and his delegation had had with government officials.

“You can tell what a country is like by the seriousness of discussions that take place when you visit and I think Ghana is a very serious country and I say that very sincerely”, Mr Shanmugaratnam stated.

He said Singapore was ready to work together with Ghana for the mutual benefits of both countries.

Dr Bawumia, who was the Guest of Honour, acknowledged the strides that Singapore had made and said Ghana was determined to learn from the Asian giant to achieve a similar feat. He explained that Ghana would pursue partnership through trade with countries such as Singapore in line with the President’s agenda of a ‘Ghana Beyond Aid’.

“We want to be friends with Singapore because the brand is very good for Ghana, the experience is very good, and it’s going to be a win-win partnership between our two countries”, the Vice President emphasised.

Dr Bawumia also spoke of gains that Ghana had made in the area of payment systems and said Singapore was impressed with Ghana’s progress and offered to include Ghana in a global payment system that Singapore had developed to integrate with India and other countries.

The Finance Minister, Mr Ken Ofori-Atta, for his part said the success of Singapore was underpinned by effective organisation.

He said those were lessons that Ghana could learn and apply to also develop.

According to him Ghana was ready to leverage on its hosting of the headquarters of the African Continental Free Trade Area to become a regional hub for key economic activities.

He, therefore, invited Singapore to invest and do business with Ghana.

The Minister of Foreign Affairs and Regional Integration, Ms Shirley Ayorkor Botchway, was hopeful that the treaty when concluded and ratified would further increase Singapore’s investments in Ghana.

The Singaporean delegation led by its Senior Minister during its visit held several other interactions, including meeting with Ghana’s Economic Management Team.

These engagements were geared towards a Bilateral Investment Treaty between the two countries.